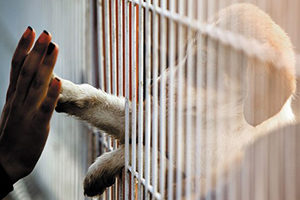 May 7, 2018 – Executive search firm Noetic Search recently recruited animal welfare veteran Kerri Burns as the new executive director of the Santa Barbara Humane Society (SBHS). After leading the organization for more than a decade, Peggy Langle was fired last year after the board reportedly lost confidence in her performance. Rhyan Zweifler, Noetic’s founder and president of Noetic, and vice president Jane Luiso led the search.

The SBHS was looking for a highly experienced leader and manager with demonstrated vision and passion for the humane and ethical treatment of animals, said Noetic.

Ms. Burns was well qualified. Most recently, she was interim executive director for the Tree House Humane Society in Chicago. Prior to that, she served as president of Pet Alliance of Greater Orlando, and earlier was interim president and CEO of the Humane Society of Southern Arizona in Tucson. She previously managed Animal Emergency Services Programs for the American Humane Association, assisting animals through some of the nation’s greatest animal disasters.

Well regarded for advancing private non-profit partnerships, Ms. Burns also managed charitable giving for PetSmart Charities. Beyond that, she was received the American Humane Association’s Dennis White Award for her educational outreach on a variety of animal welfare topics

In her new role, Ms. Burns is responsible for oversight of the SBHS, which includes administration of all programs and services, said the search firm. She will develop and oversee an annual budget of $2 million. In addition, she is responsible for the strategic processes of the organization, managing and developing 27 paid staff members and more than 60 volunteers.

The Santa Barbara Humane Society, which started in 1887, is an independent non-profit dedicated to the welfare of animals. The organization strives to provide safe haven for homeless dogs and cats until homes can be found for them, educate people about humane treatment of animals, reduce the numbers of unwanted animals and rescue animals in need.

The non-profit sector has gained economic strength in recent years, making it the third largest employer in the country. Nearly two million not-for-profits employ 10.7 million people and produce $1.9 trillion in revenue. In the past decade, employment in the sector grew by 17 percent. With demand for non-profit talent at an all-time high, search firms have plenty of work looking for candidates.

Noetic Executive Search specializes in finding leaders in the non-profit sector. Its clients include animal welfare organizations, cultural institutions, foundations and human service groups, among others.

Throughout her 30-year career, Ms. Zweifler has focused on the charity sector through her work in executive recruitment, museum management and development. She launched Noetic Search in 2010. Specializing in CEO and senior management searches, she has placed more than 170 national leaders for cultural, human service, educational and grant-making organizations. Ms. Zweifler has overseen all aspects of the search process, including marketing and sales, client management, candidate development and closing.

Ms. Luiso, who has upwards of 25 years of management experience with non-profit agencies, has held positions in the arts, education, association management and the social service sectors.

“While the demand for talent is very high, the supply is growing with individuals who are moving from the public and private sectors to the non-profit sector in greater numbers,” said Ms. Zweifler. “We have always tapped into all sectors for our searches but with the shifting economic climate, there is greater openness to exploring a role in the non-profit arena.”