Menu
Stay Connected:
Now that they're on the brink of entering the job market, many are wondering how these 'digital natives' will affect our workforce. Tomilee Tilley Gill, founder and president of Executives Unlimited, sits down with Hunt Scanlon to give us a primer. 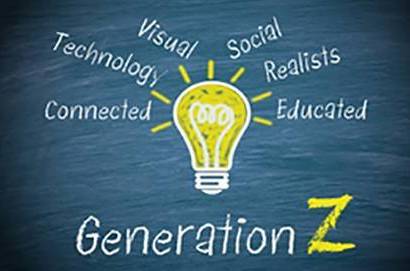 November 13, 2017 – Generation Z. It is the first generation to know only a digital world. Its members grew up playing on their parents’ mobile devices, and many had their own smartphone as early as elementary school. Millennials might have been the youngest generation to navigate their way through mobile technology, but those from Gen Z have come of age with the mobile experience woven into their fabric.

What is known as “digital communication” for Generation X and Baby Boomers is simply communication for Gen Z. Now, with the oldest of Gen Z about to graduate college and join the job market, they are on the verge of impacting our workforce, according to Tomilee Tilley Gill, founder and president of search firm Executives Unlimited.

Rough times followed the terrorist attacks of Sept. 11, 2001. Many Americans experienced depression at the tremendous loss of life or fear of more attacks. Others felt the impact of financial loss as a direct result of the economy tanking after 9/11. As a direct consequence to the attacks, the U.S. retaliated in Afghanistan with a war that continues today.

Individuals from Generation Z cannot personally recall a time before global conflict; their entire existence has been plagued with the recurring use of terms such as terrorist attacks, weapons of mass destruction, economic downturn, and mass shooting, said Ms. Tilley Gill. Add to the mix two financial collapses, and you have the ingredients for a generation that was forced to grow up before their time.

Slack has just come to Ezayo seeking a new Global Head of Total Rewards. You’ll ensure that the organization’s global comp & benefits programs are aligned with its culture and rewards philosophy to attract, retain and motivate their people. Apply Now!

Although too young to fully process the world around them, Generation Z sensed the negativity and angst among their families. “The events and global impacts surrounding Generation Z caused them to have realistic expectations of themselves and others,” said Ms. Tilley Gill. ‘This is not to say they are a negative generation; they are simply realistic. Generation Z understands the value of hard work and does not expect to have trophies or promotions handed to them without putting in the effort.”

According to an article in Forbes, Generation Z has “easier access to more information, people and resources than any prior generation.” Because of this, individuals from Generation Z not only have more interest in entrepreneurship, they also have a “better chance of succeeding as an entrepreneur because they will have the advantage of ‘easier access’ earlier in life.” Growing up with the time-saving information highway just a click away has given Generation Z (and all future generations that will now come) the luxury to have a few setbacks in their careers, while still having the opportunity to try again.

Because of their lifelong exposure to mobile technology, members of Generation Z are digital natives. They communicate primarily through digital tools which allow them to reach anyone in the world at any time of day, said Ms. Tilley Gill. This level of global connectivity means they are acclimated to being “turned on” 24/7. This, in addition to having access to so many resources early in life has given Generation Z an independence not seen in previous generations, and found in most entrepreneurs today.

When surveyed, 32 percent of Generation Z respondents said autonomy was one of their most important career goals compared to only 22 percent of Millennials. “It’s important to consider that Generation Z is still young,” said Ms. Tilley Gill. “Their lack of experience in an actual workforce may account for some of their responses, but in general, they are more independent than previous generations. Those that can’t or don’t want to start their own business will ultimately be looking for positions that feel entrepreneurial in nature and will allow for autonomy and remote connectivity.”

Generation Z’s members are already known as “philanthroteens.” Employers, as a result, must take into account their future social contributions and how this could impact professional environments. This is a generation that feels more connected to people in other countries because they have always had direct access to communicate with them whenever they want, said Ms. Tilley Gill. Given the growing number of retail options involving moral decisions, Generation Z chooses to purchase products from charitable organizations, such as TOMS and Warby Parker, to help others in need. Their lives have been overshadowed by terrorism and poor economies, but their abilities to communicate globally and easily take action will set them apart from previous generations.

“It is no longer enough for organizations to solely focus on profits,” said Ms. Tilley Gill. “Companies that recognize the importance of goodwill, outreach and follow through will attract the top talent of this up-and-coming generation. Transparency will be an absolute.”

Ms. Tilley Gill serves as a coach and mentor to her firm, as well as its clients. A trusted senior advisor to her clients, she helps companies define how they envision their goals, and examines all aspects of her client company’s operations, laying the groundwork for a successful search process. Ms. Tilley Gill is a member of the advisory board of directors for Sweety High, a positive online community for teen and tween girls. She also recently gave several presentations to middle school students in Park City, UT on leadership. She recently sat down with Hunt Scanlon to discuss how Generation Z might impact the workforce in coming years. 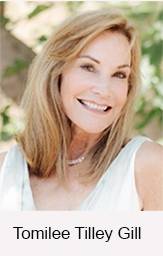 Tomilee, what separates Generation Z most from Millennials?

Parents raised Millennials to think that they could do or be anything. They were the first generation to be introduced to technology at a young age. Millennials graduated from college and were anointed as our brightest generation. However, we have discovered that Millennials have not successfully integrated and progressed within the workforce. Their focus has been on their own lifestyle and their tenure is short-term. Data tells us that Millennials have not been willing to invest hours at work to get ahead. They have a hard time finding their place in the workforce and sticking with it. They keep thinking they are better at a lot of things, and this is not realistic. As humans, we all have core competencies that can be learned from education or with life experiences, but at some point we must make a choice at what we want to do.

So you sense marked differences then.

Gen Z were raised differently from Millennials. The family makeup consisted of both parents working, and giving their children more quality time vs. quantity. The oldest Gen Z is 21 and they are graduating from college this year. Gen Z are the digital natives. They have never known a world without technology. Gen Z appears to be more realistic, which may be due to the never ending amount of information they are receiving from social media and their favorite apps. This generation has been exposed to more cynicism, anger and media. They are flooded with information globally and updated by the minute. Gen Z is participating as online consumers. They are planning their families’ vacations, purchasing groceries and clothing, and using debit cards at an early age. This generation is far more mature and getting real-life experience on a daily basis.

“I am very excited to now be in a position where I can have a significant impact on helping companies shape their culture, improve the lives of candidates and ultimately make our communities stronger.”

What traits are unique to this generation?

The formation of their brain is different from the Baby Boomers, Generation X and even Millennials. They are much broader in their desires. For example, Gen Z girls are promoting “girl power.” They want to be doctors, engineers, astronauts and biotechnologists. They are ambitious and much more directed. Through technology, girls and boys start to think at an earlier age about what they want to do. Data tells us that Gen Z are much more entrepreneurial, confident and independent.

One strong characteristic of Gen Z is that they are all about their community. The definition of community has changed with Gen Z. It is no longer their immediate neighbor or friend, rather the world globally that comes to them through social media. Gen Z will be the promoters and implementers of future philanthropic endeavors in our organizations. They will be the most informed politically than any other generation through social media. They are charitable at a young age and will likely require their future employers to be socially aware and philanthropic. Gen Z understands authenticity and transparency, and will require this in the organizations they want to work for.

Do you see them contributing in new ways in the workplace?

We don’t know about Gen Z’s work ethic yet, but what we do know is that they will be the most educated and globally aware generation entering the workforce. They will be utilizing the most current technology to do their job. I see Gen Z as being willing to work. We have already seen an onset of amazingly talented entrepreneurial teenagers creating companies at the age of 13! The whole complex of our world is going to change so rapidly over the next 10 years. One thing is for sure, and that is that corporations have to change, or else they will have a difficult time maintaining a sustainable workforce in the future.

We saw advances in technology in the 60s and 70s in aerospace and television. The 80s and 90s were relatively slow in new inventions compared to the last decade where there have been extraordinary technical advances and streaming of information. Gen Z doesn’t know anything else. Our consumer purchasing habits are changing. We need to refocus the future workforce as they will not be performing many of the jobs that exist today, but rather jobs that direct technology. This generation may not be smarter than the technology, but there will be new jobs created that technology will support. Future generations will have more time to develop their skills, which will require a more educated workforce.

Baby Boomers, Millennials and the Value of Mentorship Creating a Millennial Feedback Loop In the Workplace Millennials Cite Impact As Critical Factor In Choosing Next Job What Companies Are Looking for In Younger Workers Social Media Now No. 1 Global Platform for Finding Talent Struggling to Hire Millennials? Here’s How To Get Them Onboard

Why Organizations Use Executive Search Firms