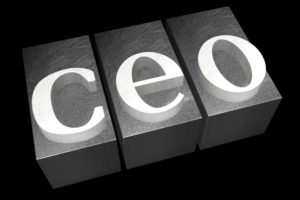 September 30, 2020 – Global search firm Odgers Berndtson has placed William A. LaPlante as the new president and CEO of The Charles Stark Draper Laboratory in Cambridge, MA. The assignment was led by Clarke Havener, vice chairman, and Jon Barney, head of the firm’s aerospace, defense and national security practice.

“Thanks to Clarke and Jon’s leadership of this search, we successfully recruited a candidate with unparalleled experience in the aerospace, defense and national security industries,” said Steve Potter, chief executive of Odgers Berndtson U.S. “Bill LaPlante’s deep expertise and passion for innovation will help drive Draper to a new level of success.”

“Bill’s strategic leadership, operational excellence expertise and passion for innovation will immediately benefit Draper and our customers by furthering our efforts to deliver excellence and corporate growth,” said David Shedd, chairman of the Draper board of directors. “Bill has built a tremendous reputation in industry and government working at the highest levels, and we are fortunate to have him join the Draper executive team.”

Dr. LaPlante was most recently senior vice president and general manager at National Security, a sector of MITRE, which includes two of MITRE’s federally funded research and development centers (FFRDCs) – the National Security Engineering Center (NSEC) and the National Cybersecurity FFRDC. He has more than 30 years of experience with organizations in the defense technology and space industries, including with the Department of the Air Force as assistant secretary for acquisition, and also serving on numerous boards and commissions including the Defense Science Board and the non-profit consortium, Lightweight Innovations for Tomorrow (LIFT).

“I am excited and honored to be joining Draper,” Dr. LaPlante said. “Draper’s talented staff and their incredible technical work is needed now more than ever in our country, and I very much look forward to being a part of this great institution with its tradition of innovation and technical excellence.”

From whiteboard concept to fielded systems, Draper engineers design, develop and deploy advanced technology solutions. They provide engineering services directly to government, commercial companies and academia; work on teams as prime contractor or subcontractor; and participate as a collaborator in consortia.

The U.S. wing of the firm, launched in 2011 under the direction of Mr. Potter, has become one of the fastest growing search firms in the Americas. Odgers Berndtson has U.S. offices in Atlanta, Austin, Boston, Chicago, Dallas, Denver, Houston, Los Angeles, Miami, Minneapolis, New York, Philadelphia, San Francisco and Washington, D.C.

Mr. Havener is vice chairman and head of the firm’s U.S. board practice. He is based in Odgers Berndtson’s Washington, D.C. office and is also a member of the aerospace, defense and national security practice. He was most recently global sector leader for the aerospace, defense and national security sector with Korn Ferry, where he spent 11 years.

Mr. Barney joined Odgers Berndtson last October as a partner and head of its aerospace, defense & national security practice. He has more than 20 years of executive search, leadership development and management consulting experience, and is also based in the firm’s Washington, D.C., office. Mr. Barney was previously a senior partner at Korn Ferry where he advised aerospace and defense clients.