Stay Connected:
Corporate boards across 15 countries included in a new Heidrick & Struggles report made a degree of progress in increasing diversity. Still, most boards brought on more typical directors with experience in CEO or CFO roles to help navigate the pandemic crisis. One result: little progress among minority groups. Here’s the latest. 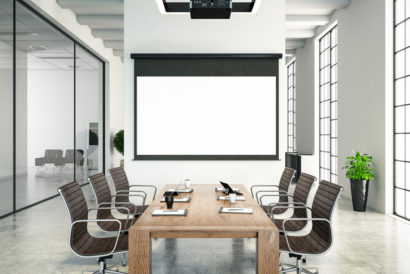 September 30, 2020 – This past year, boards around the world were facing a range of competing expectations for the new members they would add in order to meet their ever-growing remit. According to Heidrick & Struggles’ 2020 Board Monitor, modern boards are expected to possess significant expertise in areas as specialized and diverse as digital transformation, cybersecurity, corporate reputation management, sustainability and social media, to name just a few, as well as to include significant diversity in terms of gender, racial and ethnic background, and national origin, among other characteristics. Beyond adding specific expertise, it’s widely accepted that more diverse teams make better decisions.

Most corporate boards in the 15 countries included in the Heidrick & Struggles study made some progress in adding new members with new backgrounds and skills: from different countries and regions, functions, age groups, ethnicities and genders. This increased diversity should help boards make better decisions, even though, due to COVID-19, the situation facing all companies is now radically different from when the new directors signed on.

However, most boards also continued to add a number of more traditional directors: people with prior board experience or prior experience as CEOs or CFOs. “Though such directors don’t as often add diversity in other areas, their experience may be particularly critical this year as many companies face more significant enterprise risk than ever before,” the Heidrick & Struggles report said.

Some Progress on Diversity . . .

Heidrick & Struggles said that as companies “rebuild and recover in the aftermath of the pandemic, there will be many new opportunities for those best positioned to compete. In large part, that means building the most capable board tailored to each company’s unique strategy.”

Heeding the calls of stakeholders, S&P 500 boards are accelerating the addition of diverse directors, according to the latest Spencer Stuart U.S. Board Index. A record-breaking 59 percent of new independent directors hired were women or minority men. Let’s take a closer look at the findings.

Of course, simply ensuring a board has an appropriate mix of perspectives is just the start. To be properly mobilized to perform its work, Heidrick said that a board “must be clear on its purpose: what it stands for as an entity and whom it represents in a global society. Boards must also align on how they will serve as an underpinning for a purpose-driven, socially responsible organization that delivers value to a wide range of stakeholders. And boards must have a culture and processes that ensure they can work well together. A key first step is inclusion in its broadest sense,” the search firm said.

“Many boards think of inclusion particularly in relation to their significant efforts to add diversity. But, particularly as they seek to oversee resetting their organizations for a radically uncertain world, boards will benefit most from ensuring that every board member is able to contribute fully, regardless of the board’s traditional norms or habits, varying personalities, inherent biases, or for any other reason.”

That said, composition is crucial, and Heidrick believes, more than ever, that tracking where boards have been will provide the grounding to understand where they need to go to build the boards that can provide the greatest value for their companies.

Heidrick & Struggles shares its data and observations on this past year’s class of directors at public companies in Belgium, France, Germany, Ireland, the Netherlands, Portugal, Spain, and the U.K.

“A carefully constructed board comprising directors with skills and experience that align with the company’s strategy and anticipated challenges can significantly enhance the board’s ability to see around corners and identify both potential opportunities and pitfalls and offers the best chance for it to make good decisions in the face of unexpected events like those in the first half of 2020,” Heidrick said.

Heidrick & Struggles found that with many individual countries’ boards outperforming projected quota expectations and deadlines, half of new directors added to European boards last year were women. That represents the highest percentage since the firm began tracking this statistic, and well ahead of U.S. boards, where women filled 44 percent of new seats.

Some years ago, boards frequently cited a scarcity of women director candidates as a reason for slow progress. But now, these data show that boards are finding a sufficiently large pool when their search is properly targeted. Heidrick said that means looking for less-visible candidates a level or two down in their organizations and likely younger, but with significant operating experience running smaller companies or large units of bigger companies. Boards simply must be willing to remain flexible and look beyond their customary parameters.

Until recently, both CEO and board experience were unshakable criteria for new director searches. But boards are now seeing the competitive need to add directors who can provide deeper, alternative insights into the new challenges companies are facing.

A third of these newly added directors have broad P&L experience that can serve as a proxy for CEO experience; others come from fields as wide-ranging as management consulting, academia, private equity and venture capital. In addition, the requirement of prior board experience, which has long been a staple for director candidates, has been considerably relaxed. While 66 percent of new directors do have this experience, that percentage is down from a high of 76 percent in 2016.

Finally, European boards are steadily filling seats with new directors from countries other than the one where the company is headquartered: Thirty-nine percent in 2019 were nonnationals. This is one trend the firm said it expected to see strengthened in 2020 because the remote-working environment boards must now operate in has made geographic distance a non-issue and therefore greatly expanded the pool of candidates for boards seeking any kind of expertise or diversity.

Financial Expertise is Most Prevalent Among New Directors

Experience across the financial services sector—including banking, insurance, private equity, and venture capital—is of the highest priority for European boards. Nearly half of director seats were filled by people from this sector, far exceeding any other.

Within the financial services sector itself, there was significant demand for non-executive directors with financial and compliance expertise who are able to navigate a new regulatory environment, including the disruption being caused by Brexit. While there was some variation by country, 54 percent of new director seats in financial services — and 34 percent overall — were filled by those with such expertise, an increase of 25 percentage points since last year’s report.

Financial experience is also playing a major role from a functional perspective: 15 percent of seats were filled by people with CFO experience, second only to the share filled by those with CEO experience. Particularly because the CFO role has become more strategically oriented at many companies, these people’s expertise is increasingly valuable for both financial oversight and risk oversight.

Heidrick said it expects the new directors added to boards in 2020 will even more often be mature executives who have successfully led organizations through turbulent times. “Though that doesn’t mean diversity in terms of personal identity or professional expertise is less of a priority, it may well be an unintended casualty, at least for the short term, as digital appears to have been in 2019,” the firm said.

“However, we do expect that boards will continue to recruit directors with the specific expertise they believe will help guide them successfully through this highly uncertain, challenging period. That includes adding directors with experience in enterprise transformation and change management. With many companies more vulnerable to activists, we also anticipate that companies will be adding experienced independent directors able to take an activist lens and shore up weaknesses as needed.”

Moreover, in the current environment, Heidrick said that boards will continue to seek highly specific financial skill-sets, including those related to cash management, liquidity, and restructuring. From a functional standpoint, boards will continue to recruit broad-based CFOs with proven track records and a breadth of skills that have made them valued partners to their CEO.