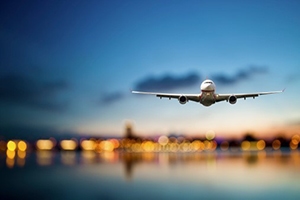 Mr. Tano has more than 42 years combined experience in support services for the commercial and general aviation industry segments. Prior to joining Total Airport Services, Mr. Tano was responsible for cross-segment business development in the Latin American market for Fortune 500 energy and logistics company World Fuels Services. There he was responsible identifying and pursuing aviation, marine and land fuel related opportunities in the region. He previously spent more than 30 years in various roles at Airport Service International Group.

CCR had particular requirements for this vital role, said Mr. McNamara. “They were seeking a multi-lingual CEO who had strong relationship/business development skills and who had a growth orientation and would be a great cultural fit,” he said.

And though Mr. McNamara had consulted for the client previously, on assignments in Curacao, Ecuador and in the U.S., CCR still asked Odgers Berndtson to present its qualifications for the search. The international assignment, which took two months, produced 29 total candidates and five finalists.

Mr. Tano’s new responsibilities include managing the development and strategic direction of Total Airport Services in collaboration with its board. He is expected to be outward facing, customer-centric and proactive in developing, nurturing, and retaining national and international customers, said the search firm. He is also charged with developing the annual business plan and ensuring delivery of results against the plan.

Mr. Tano is additionally responsible for establishing and mentoring a high performance managerial team; overseeing the day-to-day operations of the business, including cost and margin optimization; and ensuring adherence to all regulatory requirements and Total Airport Services’ policies, among other duties, the recruiter said.

Mr. Tano was previously senior director of LATAM business development, among other roles, for World Fuel Services. He has also been vice president of sales and customer service for Aircraft Service International Group. He studied at the University of Illinois at Urbana-Champaign.

Mr. McNamara was knighted in 1989 by Queen Margrethe II of Denmark in recognition of his service to the country. He has also been named to Businessweek’s Top 100 World’s Most Influential Headhunters.

Check Out These Related Searches: