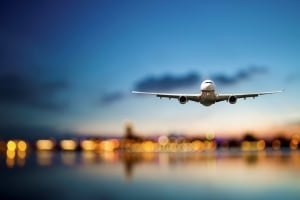 November 14, 2017 – ADK Consulting & Executive Search has been retained by Louisville International Airport to lead its search for a new executive director.

The executive director serves as the top aviation/airport executive in the airport system.

The incumbent directs the overall management of the airport system, typically including its capital, real property, human resources and other assets, according to the search firm.

The executive director is also responsible for a staff of professionals. The individual will develop and oversee implementation of the strategic vision, objectives and initiatives as well as annual goals and tactical plans.

The incoming leader must have a strong working knowledge of a variety of practices and procedures, said ADK. Those include federal, state and local laws and regulations for areas of responsibility. Twelve years of increasing responsibility in airport management is also required. The individual’s most recent experience should be at a deputy or equivalent level. Accredited Airport Executive accreditation is preferred, or it must be completed within three years of being hired. The salary range for the position is $240,000 to $295,000 with the opportunity to earn performance-based incentive pay.

As home of the United Parcel Service’s international air-sorting hub, Louisville International ranks third in North America, and seventh in the world, in the total amount of cargo handled. The airport handled more than 6.8 billion pounds of cargo, freight and mail last year, more than 1.6 million enplanements and 156,200 aircraft operations.

Founded in 2003 and headquartered in Atlantic Beach, FL, ADK Consulting & Executive Search specializes exclusively in talent searches for the airport management community. The firm has filled a number of important roles, including recruiting Carl Newman as chief executive officer of the Jackson (MS) Municipal Airport Authority, Kelly Fredericks as president and CEO at TF Green Airport in Rhode Island, David Haring as executive director of the Lincoln (NE) Airport, and Michael La Pier as executive director of the Monterey (CA) Peninsula Airport.

ADK is led by founder and president Doug Kuelpamn, who has a history of over 40 years in aviation. He understands firsthand the issues and challenges that airport executives face as well as the requirements and experience necessary for executive level airport personnel, the search firm said.