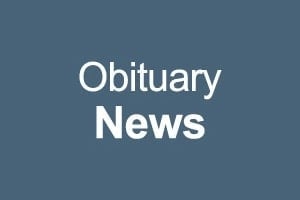 Mr. Kieffer was a well-known pioneer and a legend in healthcare executive search, executive coaching, succession planning and governance consulting. His life’s work and successes influenced boards of directors and CEOs as well as healthcare executives. He had a particular focus in Catholic healthcare for many years.

Mr. Kieffer, in fact, worked with over 500 organizations, including leading 300 CEO searches for boards of directors. His work and influence on leadership selection indirectly helped improve, shape and transform American healthcare.

He was an adjunct professor at Arizona State University School of Healthcare Management and Policy and at Central Michigan University’s MBA program. He served on the board of directors of Children’s Memorial Hospital and Palos Community Hospital in Chicagoland as well as JC Lincoln Health Network in Phoenix, AZ.

Mr. Kieffer was a champion golfer and served as the club president of Troon National in Scottsdale. He is survived by his wife, Karlene, sons Jim and Phil, daughter-in-law Sherry and Diane, grandchildren Jack, Joe, Alexandra and Danielle.