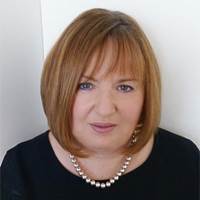 April 25, 2016 – U.K.-based executive search firm Morgan Hunt has named Sue Cooper (pictured) as chief executive officer. The firm also announced several other key leadership changes. The appointment comes at a time when women are making huge strides at similar boutique recruiting providers, from being named to run them, to forming their own search businesses, or heading up important practices within. They are also moving into top leadership positions at large search firms, where men have traditionally been in control for decades.

Ms. Cooper joined Morgan Hunt as a director in 2011 leading the firm’s education, health and community services practices. She was then appointed managing director in 2013. Earlier in her career, she served as regional director for Michael Page and regional manager for Hays.

“Sue’s appointment to CEO reflects her outstanding record at Morgan Hunt and her status within the wider recruitment industry,” said Rupert Fordham, Morgan Hunt chairman. “The executive board was unanimous in this decision and are looking forward to the year ahead.”

Additional leadership changes include the appointment of Dan Taylor and Sarah Wynn as deputy managing directors.

“To establish the senior leadership team of the future as well as ensure that the business is fully supported, I am delighted to announce the appointment of two deputy managing directors who will work alongside me,” said Mr. Fordham.

Mr. Taylor joined Morgan Hunt two and half years ago to head up the firm’s technical division, which has since expanded to property, construction and professional services. He was promoted to the Morgan Hunt board in 2014. Mr. Taylor also served as a regional director for Hays.

Ms. Wynn joined the firm in 2014 with responsibility for the firm’s corporate services division which has grown significantly under her leadership. She has been instrumental in developing the firm’s learning & development team. Previously, she served as director or HR recruitment for London-based Talentarc.

Check Out These Related Articles On Recruiting Women In Business: