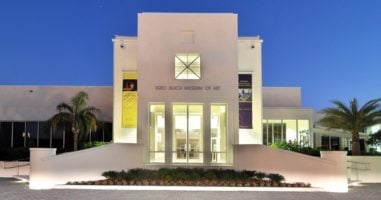 Anke Van Wagenberg joins the museum from the Academy Art Museum in Easton, MD, outside of Washington, D.C., where she was chief curator.

“Anke’s expertise and dual interest in contemporary art and old masters provide her with a broad base of knowledge well suited for our program,” said Brady Roberts, executive director and CEO of VBMA. “Moreover, her connections with living artists, international museums, private collections, and collectors will be invaluable for the VBMA. We are looking forward to incorporating this experience to help strengthen and lead the curatorial department as well as Anke’s participation in the VBMA senior management team. We are thrilled to have her on board.”

Arthur Wheelock Jr., curator of northern baroque painting at the National Gallery of Art, said Ms. Van Wagenberg will be a strong addition to the museum both on a professional and personal level. “Anke’s extensive curatorial and scholarly achievements are widely celebrated both here and abroad, but equally important is her collegial and warm personality, which ingratiates all who come into contact with her,” he said. “She will be a wonderful presence within the Vero Beach Museum of Art and also in the community at large.”

Ms. Van Wagenberg’s career has spanned more than 25 years at several notable art museums. She moved to the U.S. in 1987, beginning her career at the National Gallery of Art in the department of northern baroque painting. She also worked for the Walters Art Museum and taught art history for 12 years at the University of Maryland and at Washington College in Chestertown, MD.

She has been chief curator at the Academy Art Museum since 2011. In that role, Ms. Van Wagenberg curated numerous significant exhibitions, including shows focused on Peter Paul Rubens, James Turrell, Robert Rauschenberg and Bill Viola, among others. She was pivotal in the growth of the permanent collection, initiated the artist-in-residence program and launched the docent program.

Ms. Van Wagenberg is a Dutch art historian educated in the Netherlands. She earned her doctorate in art history from the Vrije Universiteit in Amsterdam, with a dissertation on the celebration of Twelfth Night (Driekoningenfeest) in Dutch and Flemish Painting, which was published by the P.J. Meertens Institute, a research institute of the Royal Netherlands Academy of Arts and Sciences. She has published in Simiolus, Print Quarterly, Artibus et Historiae, and elsewhere.

The Vero Beach Museum of Art, which opened in 1986, was founded by the Alliance for the Arts to create a regional center for the appreciation and teaching of the arts and humanities. The museum, which serves a three-county area, is the largest cultural arts facility of its kind on Florida’s Treasure Coast. It serves 75,000 residents and visitors each year. The museum offers state, national and regional art exhibitions, a sculpture garden, studio classes, gallery tours, museum store, workshops, seminars, film studies, family events and cultural celebrations.

Museum Search & Reference, based in Londonderry, NH, is an executive search firm dedicated to filling senior roles for museums. In addition to placing dozens of museum directors, the firm has placed chief curators, deputy directors, directors of education, and other museum leadership, trained and experienced in content-specific areas. It has helped its clients hire curators of American art, Asian art, contemporary art, European art, Islamic art and South Asian art, as well as museum education and engagement specialists. The firm works nationally and internationally from its office in the greater Boston area and its search consultants are located in Washington, D.C., Maine and New York State.

The firm is led by Marilyn Hoffman, who has been placing professionals at museums and non-profits since 2004. Ms. Hoffman had a 26-year museum career, capped by 18 years as a museum director. At age 27, she became director of the Fuller Museum in Brockton, MA, and then took the helm of the Currier Museum of Art in Manchester, NH. She previously held two curator posts and educator positions at the Boston Museum of Fine Arts, the Metropolitan Museum in New York and the RISD Museum in Providence, RI.

Mr. Keegan joined Museum Search & Reference in 2016 as a consultant for art museum searches. A long-term Association of Art Museum Directors member, Mr. Keegan was executive director of the Milwaukee Art Museum for eight years. There, he built the collection by over 2,000 works, grew the endowment from $26 million to $65 million and raised $34 million for renovations and a new addition. Previously he directed the San Jose Museum of Art. Mr. Keegan retired from the Milwaukee Art Museum in 2016.