Menu
View our Events
Stay Connected:
A majority of American employees are for the most part content with their jobs, says a recent study by the Conference Board. Job security and wages continue to boost satisfaction, but professional development and recognition are disappointing for many workers. Let’s go inside the workplace. 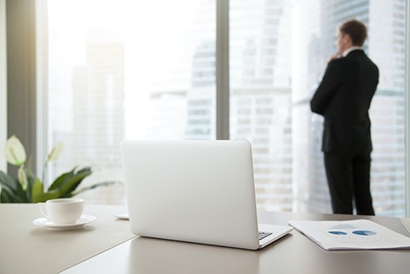 September 5, 2018 – Organizations across today’s business landscape face tough obstacles as they confront the complexities of a 21st century workplace. Managing—and anticipating—change is part of the common survival process for every organization. That’s why it’s important for companies to be well versed in their employees’ satisfaction and engagement levels, which in turn helps them to retain and nurture their key performers.

The Conference Board‘s latest survey on job satisfaction finds that 51 percent of U.S. employees said they are content overall with their job. This year’s survey results built on last year’s findings, with job satisfaction continuing to steadily increase as it has each year following the Great Recession. This also marked the seventh year in a row in which job satisfaction has improved. The improvement was across almost all components of job satisfaction but was especially strong in regard to job security and wages.

One of the main reasons for the uptick, said the report, was the improvement in the U.S. labor market. In late 2009, after the Great Recession, the unemployment rate reached 10 percent. It is now down to about four percent, one of the lowest rates in the last two decades. The unemployment rate is almost as low as it was in 2000 during the height of the dot-com bubble. In 2017 and 2018, the labor market continued to tighten. Strong economic growth, partly as a result of fiscal stimuli, led to strong employment growth. At the same time, the massive retirement of Baby Boomers continued.

“To attract and retain the most productive employees in today’s labor market, companies must make a bigger commitment to addressing the factors within their control,” said Rebecca L. Ray, one of the report’s authors and executive vice president at the Conference Board, a non-profit business membership and research association. “Among other steps, that entails addressing the job components with which employees are least satisfied, including job training, the performance review process, and promotion policy. As workers continue to voluntarily leave their jobs at a record rate, the need to prioritize components relating to their professional development could not come at a more pressing time.”

The Conference Board’s survey gauged the sentiments of about 1,500 employed individuals, who together comprise a snapshot of the U.S. workforce. Participants weighed in on 23 components that contribute to job satisfaction. Additional findings from the survey included the following:

Job satisfaction is improving faster for lower-income households. The tightening labor market has become more visible in blue-collar and low-paid services occupations than in white-collar occupations. As a result, labor market conditions for these workers have improved, and so has their job satisfaction.

Overall job satisfaction increased for the seventh year in a row. During this period, wages and job security saw the largest improvements. Satisfaction has increased each year following the Great Recession.

What Drives Employee Satisfaction
According to a report by the Society of Human Resources Management (SHRM), nearly two-fifths (38 percent) of U.S. employees reported that they were very satisfied with their current job; a greater proportion (51 percent) stated they were satisfied but to a lesser degree.

Greatest satisfaction: a job’s relational and social aspects. Among the 23 survey components, participants gave the highest marks to the following five: in first place, people at work, followed by commute to work, interest in work, supervisor and physical environment.

Through 2018 and 2019, the labor market will continue tightening; it will benefit employees and challenge employers. With many workers having more job options than they have had in some time, both this year and next year, companies will likely have to try harder to satisfy their workers for retention and productivity. As a result, job satisfaction for employees will likely continue increasing. 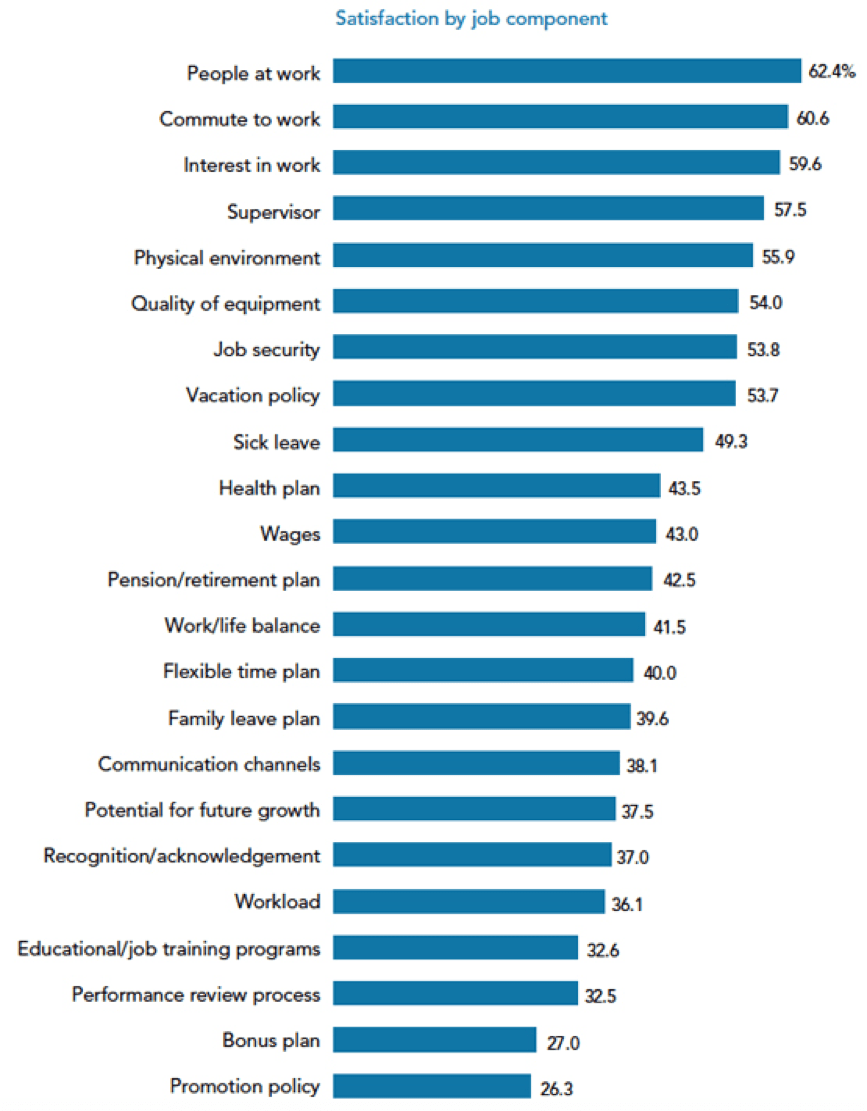 “In 2019, we forecast unemployment to dip close to 3.5 percent, a low rate not seen since the 1960s,” said Gad Levanon, a report author and chief economist for North America at the Conference Board. “As a result, we can expect employers to continue reducing educational requirements in the hiring process, leading to fewer workers feeling overqualified in their jobs, which further raises their job satisfaction.”

In such a tight labor market it has become increasingly difficult to recruit qualified workers, and the time needed to fill positions has reached historical highs, according to recruiters. “As the war for talent has intensified, more workers have been switching jobs, with the voluntary quits rate now above the 2007 rate,” said Dr. Ray. “All of these developments have helped raise job satisfaction. Extremely low layoff rates have boosted workers’ satisfaction with their job security.”

Employee Job Satisfaction Critical to Developing Top Leaders
Although job satisfaction is relatively high, organizations still have room for improvement. Here’s a look at five factors that employees said were the biggest contributors to job satisfaction – and why it matters in developing leaders for tomorrow. A top recruiter then weights in.

If workers do become unemployed, they are likely to find new jobs relatively quickly, the report said. “If workers do not like their current job, it is easier for them to find new ones that they enjoy more—and more of them are attempting to find a better job every month,” said Dr. Levanon. “In recent years, the tightening of the labor market has been more visible in the blue-collar and low-paid services occupations than in white-collar occupations. As a result, unemployment rates for workers in these occupations have substantially improved.”

The tighter labor market for blue-collar and low-paying services occupations has led to faster acceleration in wages in those occupations than in white-collar occupations, the report found. “This is why we see stronger improvement in job satisfaction for low-income households than above-average income households,” said Dr. Ray. “Still, low-income workers are much less satisfied than higher-income ones.”

The tight labor market is making employers reduce educational requirements in their hiring processes. As a result, the Conference Board report found that fewer workers feel overqualified in their jobs, and more are experiencing better person-job fit, which further raises job satisfaction.

The tight labor market also forces employers to offer flexible work arrangements such as teleworking, which improves job satisfaction for many people, said Dr. Levanon. “We forecast that there will continue to be strong economic growth in the U.S. through 2019, as the impact of tax cuts and the increase in government spending trickle through the economy,” he said. “Baby Boomers will continue to retire in large numbers, and as a result, labor markets will continue to tighten, lowering the unemployment rate to levels that have not been observed since the 1960s.”