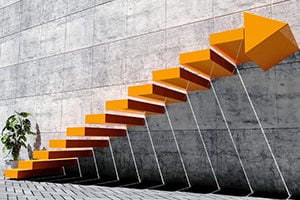 January 31, 2019 – Irvine, CA-based search firm McDermott + Bull has expanded with the addition of Heather Cameron as director of talent acquisition and operations. She is expected to play a pivotal role in the firm’s expansion in which she will be responsible for leading internal hiring, overseeing operations and supporting the executive search practice in Canada.

Ms. Cameron will also be charged with stewarding growth of the firm’s executive network throughout Canada. The McDermott + Bull Executive Network (EN) serves thousands of working executives as well as those in transition by providing resources and networking opportunities each year.

“Heather has deep expertise in both the public and private sectors and has managed complex client and operational issues,” said Paul Gibbons, managing partner of McDermott + Bull Canada. “Her well-earned reputation for being thoughtful, strategic, nimble and extremely knowledgeable, makes Heather the perfect person to help us build and scale this best-in-class search firm throughout Canada.”

Ms. Cameron said she was moved by the energy, vision and entrepreneurial culture of McDermott + Bull. “The company applies unique processes that enable the successful placement of talented executives significantly quicker than the industry average, making it a truly differentiated player in the market,” she said. “I am very excited about the opportunity to play a key role in building the Canadian business under the umbrella of an established and well-respected firm.”

Canada is the world’s 10th largest economy, with a nominal GDP of about $1.52 trillion. Like many other developed countries, the Canadian economy is dominated by the service industry, which employs about three-quarters of the country’s workforce. The Toronto Stock Exchange, in turn, is the seventh-largest stock exchange in the world by market capitalization, listing over 1,500 companies with a combined market capitalization of over $2 trillion.

Ms. Cameron is the second key hire to recently join McDermott + Bull Canada. The firm opened its first office north of the U.S. border last September with the addition of Mr. Gibbons, a 20-year search and talent acquisition executive.

“The No. 1 complaint I hear from businesses who deal with search firms is the time it takes to complete a search,” said Rod McDermott, CEO of McDermott + Bull. “We’ve spent 18 years refining our high-touch process and can have interim executives placed within a week and permanent positions filled inside of three months, where the industry average is between 120 to 150 days. After doing diligence on the Canadian market, we believe there is a strong demand for our approach and are thrilled to have Paul leading the charge for us.”

How One Canadian-Based Recruiter Is ‘Building a Better Mousetrap’
When we think of recruiting in North America, the focus shifts right to the U.S. But look North. Canada is one of the fastest growing global recruiting hubs. The service sector dominates the region, which includes leading companies in aerospace, financial services…

Mr. Gibbons has been a driving force in identifying, attracting and placing hundreds of executives from various industries, markets and functional disciplines throughout North America and Asia, said McDermott + Bull. Most recently, he was a director with WMC (Western Management Consultant). Before that, he was with People First Solutions, a boutique Canadian-based recruitment and executive search firm.

The firm plans to expand its footprint by opening additional offices throughout the region over the next 18 to 24 months.

McDermott + Bull, founded in 2001, is now the 29th largest executive search firm in the Americas, where it serves clients in the technology, financial services, manufacturing, biotech and life sciences, retail and professional services sectors. Since the advent of MB Interim Leaders in 2011, McDermott + Bull has served both the permanent and interim needs of its clients.

A ‘Historic’ Past Two Years and What’s Coming for 2023