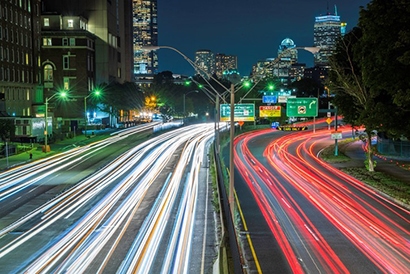 November 26, 2018 – The Massachusetts Port Authority (Massport) board of directors voted to approve the hiring of search firm Isaacson, Miller to assist in identifying candidates for its next CEO. After six years with the authority, CEO Thomas Glynn stepped down two weeks ago. The board has appointed Massport CFO John Pranckevicius to acting CEO while the search is underway.

“This is a great job, but after six years and at the age of 72, I feel it is a good time to pass the baton to the next leader who will have the chance to lead a great team,” said Mr. Glynn, who was placed into his role by executive search firm Spencer Stuart.

Massport issued a request for proposals (RFP) for a search firm in September and received bids from five. The RFP emphasized the importance of diversity. It asked search firms to illustrate their ability to find qualified, diverse candidates, to provide examples of their track records in presenting diverse candidate pools, and to describe their commitment to diversity and inclusion within their own workforce.

“Isaacson, Miller is committed to identifying diverse pools of candidates for their clients,” Massport said in a statement. “In the last year, 52 percent of the leaders Isaacson, Miller helped clients recruit were women and 27 percent were people of color.” Over the life of the firm, 43 percent of its placements have been women and 23 percent have been people of color.

Isaacson, Miller has worked for Massport and the New York New Jersey Port Authority in the past. The firm has offices in Boston, San Francisco, Philadelphia and Washington, D.C.

Massport’s new leader is charged with building on the success of his predecessor, whose achievements include the growth of international flights at Logan Airport, revitalization of the Working Port of Boston and Worcester Regional Airport, and the Omni Hotel diversity initiative.

The Boston Globe recently featured some of the tasks that lie ahead for the new CEO of Massport:

Managing Logan’s growth: At its core, Massport runs airports, with busy Logan overshadowing its others in Bedford and Worcester. Previous Massport leader and aviation specialist Tom Kinton led Logan’s modernization, and set in motion a recruitment program that would draw a parade of overseas airlines to Boston. To keep up, Massport is adding seven gates to international Terminal E. Space, however, is limited.

Getting people there: As the Ted Williams Tunnel gets more jammed, Massport must figure out how best to get travelers to their planes, said the Boston Globe. The port authority is adding as many as 5,000 new parking spaces at Logan. The agency also agreed to double the Silver Line buses to South Station. And it’s expanding its Logan Express shuttle service, maybe with an additional pickup spot. (Cambridge’s Kendall Square topped an internal list of options.) Then there’s the futuristic “people mover” that Mr. Glynn floated – a monorail-like system snaking through the entire airport property. Dream solution or billion-dollar pipe dream? The new chief may have to decide.

Modernizing the ports: Plans to install new, giant cranes at the Conley shipping terminal have progressed more slowly than expected. But they’re still moving forward, as Massport tries to attract newer, bigger container ships. Then, across the Reserved Channel, a major renovation is eyed for the Black Falcon cruise ship terminal, a.k.a. the Flynn Cruiseport. The legislature authorized up to $100 million for the job, but Massport still needs to determine how to best finance it, said the Boston Globe.

The Massachusetts Port Authority is an independent public authority of the Commonwealth of Massachusetts, created by act of the legislature in 1956 to own and operate Boston-Logan International Airport, Laurence G. Hanscom Field, the Port of Boston, Worcester Regional Airport and certain facilities in and around the port. Massport is a financially self-sustaining public authority whose transportation facilities generate more than $600 million annually.

Over the past year, a growing number of transportation companies have enlisted executive search firms to help them find senior talent. Here are some recent examples from the Hunt Scanlon Media archives:

KL2 Connects placed Dawn Distler as the new executive director of the Metro Regional Transit Authority (RTA) in Akron, OH. She previously served as the transit director at Knoxville Area Transit in Knoxville, TN. The organization reportedly payed the Asheville, NC-based recruiter $42,500 to conduct the search.

ADK Consulting & Executive Search has placed Dan Mann as the new executive director for the Louisville Regional Airport Authority. Mr. Mann has more than 25 years experience in airport management and air service development. He most recently served as executive director of the Columbia Metropolitan Airport in South Carolina.

Krauthamer & Associates placed Randy Clarke as the general manager and president/CEO of Capital Metro in Austin. Mr. Clarke previously served as vice president of operations and member services at the American Public Transportation Association since 2016.