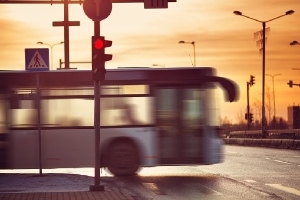 June 13, 2018 – The Metro Regional Transit Authority (RTA) in Akron, OH, has retained the services of executive search firm KL2 Connects to find its next executive director.

The organization is reportedly paying the Asheville, NC-based recruiter $42,500 to conduct the search.

RTA fired past executive director Richard Enty in January following an ethics investigation and accusations of harassment against him. Angela Neeley, director of finance and assistant secretary-treasurer, is serving as interim executive director.

“We owe it to our taxpayers to get the best-qualified person for the job,” RTA president Robert DeJournett was quoted as saying in the Akron Beacon Journal. The hiring process will include reviewing about 40 applications that the organization has already received, while also considering candidates chosen by KL2 Connects. The firm will supply a list of six to eight candidates.

RTA plans to narrow the pool to four candidates for interviews, according to the Akron Beacon Journal. The agency hopes to hire a new leader no later than Sept. 1. As part of the KL2 Connects agreement, RTA will also pay other costs, including candidate travel and related expenses, said the newspaper report. The firm also receives a 10 percent fee based on the salaries of any individuals hired among its recommendations. Mr. Enty earned more than $129,000 a year.

The incoming leader will oversee about 410 employees and a $55 million annual operating budget.

KL2 Connects is an executive recruiting consultancy that specializes in the placement of senior executives, directors, managers and operational, engineering and technical personnel. Its core area of expertise is the North American transportation industry – primarily public transit and the private sector consulting and supplier network that supports it. The firm has placed chief executive officers at transportation systems such as Sacramento, Fort Worth, Nashville, Charlotte and Los Angeles, including many female and minority candidates.

KL2 founder Tony Kouneski, who is now retired, remains an advisor to the search firm. He offers vast transit industry knowledge based on more than 35 years of public transit management experience.

Over the past year, a growing number of transportation companies have enlisted executive search firms to help them find senior talent. Here are some recent examples from the Hunt Scanlon Media archives:

ADK Consulting & Executive Search has placed Dan Mann as the new executive director for the Louisville Regional Airport Authority (LRAA) in Kentucky. Mr. Mann has more than 25 years experience in airport management and air service development. He most recently served as executive director of the Columbia Metropolitan Airport in South Carolina.