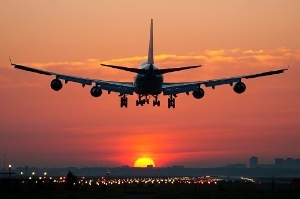 “We are extremely pleased that an airport executive with Dan’s experience, vision and accomplishment will take on this important leadership role,” said Jim Welch, chairman of the LRAA board of directors. “Dan excels in all facets of airport management, but it is his proven ability to communicate and connect with airport customers and employees, as well as community and business leaders that sets him apart. The most important economic engine in our area will be in good hands.”

Mr. Mann has more than 25 years experience in airport management and air service development. He most recently served as executive director of the Columbia Metropolitan Airport in South Carolina, where he led the facility to five consecutive years of passenger growth, a milestone that had not been achieved in 40 years. He also spearheaded a $58 million capital improvement program, which included various sustainability initiatives such as the development of a five-acre solar farm on the airport’s campus. Mr. Mann formerly was executive director of the Eastern Iowa Airport in Cedar Rapids, and before that he was manager of the airport in Casper, WY.

As home of the United Parcel Service’s international air-sorting hub, Louisville International ranks third in North America, and seventh in the world, in the total amount of cargo handled. The airport handled more than 6.8 billion pounds of cargo, freight and mail last year, and more than 1.6 million enplanements and 156,200 aircraft operations.

ADK is led by founder and president Doug Kuelpamn, who has a history of over 40 years in aviation. He understands firsthand the issues and challenges that airport executives face as well as the requirements and experience necessary for executive level airport personnel, the search firm said.