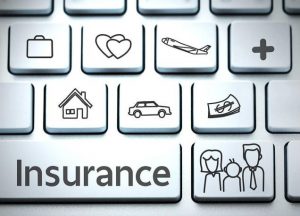 In his new role, Mr. Kevelighan will provide strategic oversight for the organization and act as a key spokesperson for the P&C insurance industry as a whole.

“This was a focused yet very broad global search engagement that, per the board’s direction, targeted insurance executives from various sectors, including government, academia, public affairs and communications,” said Mr. Lapham. “In particular, given the III’s prominent position as a source of unbiased information and analysis for the P&C industry, the board was seeking an executive with a high level of sophistication regarding communications / media relations in both corporate and government settings.”

“Over nearly two decades, Sean has attained impressive accomplishments in public affairs and communications as well as a deep technical knowledge of insurance issues,” said Bruce Kelley, president and CEO of EMC Insurance Companies and chairman of the III’s board of directors. “The search committee screened dozens of high caliber candidates, but the final vote was unanimous.” He said Mr. Kevelighan was an ideal fit from the start for the CEO role due to his success as a media spokesperson in both corporate and government settings, as well as his international insurance industry experience.

Mr. Kevelighan was previously global head of public affairs for Zurich Insurance Group, where he was responsible for setting the corporation’s global public policy and corporate responsibility agendas. He moved to Zurich following a stint as group head of global consumer banking public affairs for Citigroup, where he oversaw strategic communications for a business that serves more than 100 million customers worldwide and represents more than 40 percent of the company’s earnings. He has also worked as head of North American group media relations for Zurich, as well as in President George W. Bush’s Administration both for the Treasury Department and as press secretary for the White House Office of Management and Budget (OMB).

“It’s an honor to have been given this opportunity,” said Mr. Kevelighan. “Insurance is the lifeblood of any economy, as it enables individuals to be better prepared for the unexpected and, in turn, to live more freely. Over the years I have truly grown passionate about insurance and, quite frankly, feel it deserves more credit for the value it brings to society.”

“Like most other industry sectors, the insurance industry is undergoing significant evolution due in large part to the increased utilization of technology, data and analytics to drive not only marketing/distribution and operations, but the actual underwriting process as well,” said Mr. Lapham. “This change is being seen across all segments of the P&C industry, both consumer/personal and commercial lines. As the world continues to increase in complexity, the industry is adapting itself to provide risk management products and services for rapidly expanding risks including cyber risk.”

Mr. Lapham also noted that given the prolonged low interest rate environment, the ability to effectively analyze and leverage information and data is viewed as a key strategic differentiator in the insurance industry and a major reason why an organization such as the III is viewed as such a critical resource to the industry.

The Lapham Group is a boutique search firm with a 20-plus year track record in recruiting for the global insurance and diversified financial services sector. Its searches include board of director, president / CEO / general management and multifunctional engagements conducted across North and South America, Europe, Asia and the Far East.

Check Out These Related Articles On Recruiting In the Insurance Sector: