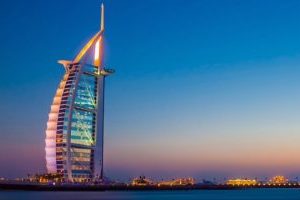 December 14, 2016 – TRANSEARCH International has strengthened its presence in Dubai with the additions of Philip de Waal and Peter Greaves as partners.

Mr. de Waal has worked in recruitment and executive search since 2007. He has developed a track record in senior level assignments across the Asia Pacific region, ranging from searches for regional leadership and technical leadership roles in E&P companies, oil field services, consultancy firms, EPC (engineering, procurement, and construction) and Subsea as well as regional leadership for private equity backed portfolio businesses. He also completed commercial and HR localization searches in India and Angola for international clients.

Previously, Mr. de Waal served as vice president at Maxwell Drummond International, an executive search consultancy with a focus on the global energy industry. He began his search career with a boutique oil and gas industry-focused firm in Houston. Later that year he opened the firm’s first office in Africa, based in Johannesburg, from where he executed several executive and technical leadership search assignments for the firm’s African and international client base. Prior to moving into executive search, he served in the South African Foreign Service, both in South Africa and India, followed by roles in sales and risk management.

Mr. Greaves has 30 years of experience in recruitment and executive search. While financial markets are his forte he has conducted many searches for private office and family groups across a broad range of industries.

For most of the 1990s he specialized in equity capital markets. During those years in London’s financial markets, he participated in placing professionals in the first internal hedge funds and program trading. He then relocated to the Middle East in 2005, where he served as director of financial markets at McArthur Murray Executive Search. After that, he joined DHR International as head of the MENA region. Prior to joining TRANSEARCH, he founded and led his own search boutique, IES HR Consultants.

TRANSEARCH has recently been seen expanding in various other regions around the globe: