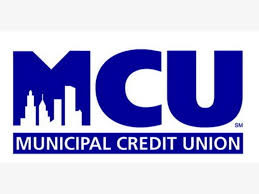 January 8, 2020 – These are critical days for credit unions. The U.S. has about 5,300 federally insured credit unions, with more than $1.5 trillion in assets and 118.3 million members, according to the National Credit Union Administration.

But with the steady retirement of Baby Boomers, among other factors, the cooperatives are facing the loss of more than 4,000 chief executive officers and senior managers over the next five years. This means that leadership development, succession planning and employee retention are more important than ever. This has made the CHROs more critical than ever for credit unions.

Just recently, Korn Ferry was called in by Municipal Credit Union in New York City to lead in its search for a new CHRO. This key position on the executive team will play a critical role in rebuilding a landmark financial resource for the members and the community, the search firm said.

The CHRO will work closely with the CEO and other C-suite executives to develop the necessary policies for HR while ensuring these align with the overall organizational strategic priorities, goals and objectives. Areas of focus will include performance management, training and development, employee relations, union relations, organizational design and development, compensation and benefits, on-boarding and attracting top talent.

This position directs talent management strategies to effectively carry out the credit union’s overall strategy. The individual will apply his or her enterprise-minded experience to elevate and optimize the human resources function to support the growth and development goals of the organization. “This role will focus on the development of talent within the team as well as the overall organization, including but not limited to workplace engagement, leadership development, training to optimize knowledge and skills, and change management,” Korn Ferry said. “The role will also be responsible for best practices in recruiting and retaining top talent. This individual will be well-versed in technology and systems as it relates to the function.”

Municipal Credit Union wants someone with 10 to 15 years of HR experience, said Korn Ferry. Obtaining cooperation (internally and/or externally) is an important part of the job and a high-level of interpersonal skills is critical to the success of this position. The search firm said that the ability to be hands-on is key in the role initially. The credit union wants a CHRO who is willing to roll up their sleeves as needed.

CHRO Recruiting in the News

Hunt Scanlon Media has tracked a number of CHRO search assignments over the past six months. Here’s a sampling taken from the company’s daily newswire archives:

The Jackson Laboratory recently retained Heidrick & Struggles to help assist in its search for a new chief human resources officer. Irenee Sitbon is the point person for the assignment. Initially based in Bar Harbor, ME, the CHRO will be responsible for establishing and activating a people strategy that advances the overall institutional and strategic direction of the organization, said Heidrick.

Hanold Associates has been enlisted to find CHROs for two organizations: InMoment, a customer feedback company owned by private equity firm Madison Dearborn, and JCFS Chicago, a non-profit social service group. For InMoment, the CHRO will be the key leader of all HR processes throughout the Salt Lake City, UT-based company. The HR leader will report directly to CEO Andrew Joiner. Hanold Associates’ Neela Seenandan, co-CEO and managing partner, and Lisa Butkus, partner, are leading the assignment. InMoment’s CHRO will be expected to lead a growing team of HR professionals within the organization and focus on guiding it through a period of intense change and growth, said Hanold Associates.

Los Angeles-based Shelli Herman and Associates has been selected by the Whitney Museum of American Art in New York City to find its first CHRO. Shelli Herman, president of the recruitment firm, is leading the assignment along with her associate, Krista Haley. It is a plum assignment from one of the best known museum brands in the world. “The Whitney Museum is in the midst of implementing an exciting and ambitious strategic plan,” said Ms. Herman