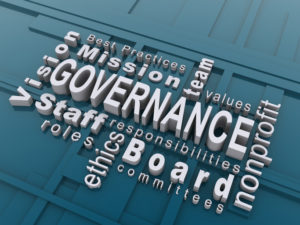 January 8, 2020 – Executive search firm Isaacson, Miller has been enlisted to find the next president and chief executive officer for the Sargent Shriver National Center on Poverty Law in Chicago. Partner Tim McFeeley is leading the assignment along with managing associate Jeff Kessner.

“Recently celebrating its 50th anniversary, the Shriver Center has consistently enjoyed an impressive set of successes,” said the Bostin-based search firm. “The next president will have the opportunity to further advance the organization’s core mission, extending its national impact at the intersection of poverty alleviation and racial justice.”

The non-profit’s next leader will inherit a stable and growing organization with many long-serving and dedicated staff who have steadily expanded the organization’s programs and stretched its reach within Illinois and to other states across the country, said the search firm. The new president will be expected to continue to expand the Shriver Center’s communications strategy to promote a stronger external presence, lead the development of the group’s next strategic plan, ensure that the allocation of the organization’s resources align with its priorities, and maximize current revenue streams and attract new sources of support.

“In all of this work, the president must keep racial equity front and center and build the organization into an even greater national voice for social justice,” said Isaacson, Miller.

The Shriver Center wants a leader who understands, is prepared for, and is motivated by the opportunity to engage in the work of improving the lives of low-income and at-risk people across the country, said the search firm. The successful candidate will bring knowledge of the current issues that impact low-income populations and communities of color through policy expertise and through lived experiences. He or she should also have the capacity to build, direct and motivate a team of experts in a highly collaborative environment. Strong strategic skills that identify priorities and integrate resources toward achieving these objectives are essential.

Also needed are exceptional translation skills that connect evidence-based knowledge and policy with effective advocacy and leadership development. In addition, the president should be mission-driven, entrepreneurial and experienced in successful fundraising.

A demonstrated commitment to and record of partnering with low-income communities and communities of color to effectuate change is a key qualification, as is significant experience managing and leading an organization of a size and scope comparable to the Shriver Center. The non-profit would also like to see a demonstrated record of successful fundraising from foundations, law firms, major individual donors, corporations and the public at large.

A law degree or experience working closely with practicing lawyers is preferred but not required, said Isaacson, Miller. Candidates should have the ability and desire to lead and develop a team of professionals and work transparently and inclusively with talented, mission-driven staff. The ability and desire to align all aspects of the Shriver Center’s work, including development, communications, and operations, with the organization’s race equity mission and values is also important.

The Sargent Shriver National Center on Poverty Law is one of the nation’s leading organizations advocating on behalf of and alongside people living in poverty to advance racial equity and economic and social justice. Founded in 1967 as the National Clearinghouse for Legal Services, the Shriver Center has its roots in the War on Poverty and Legal Services for the Poor, both led by R. Sargent Shriver in the 1960s. In addition to direct advocacy, the organization offers advocate training programs to mission-driven individuals and organizations. In the past few years, the Shriver Center’s operational budget has increased significantly, from $4.3 million in 2014 to more than $8 million in 2019.

Robert F. Kennedy Human Rights Foundation Turns to Hanold Associates to Fill Directorships
Seasoned board directors are considered the backbone of organizations, with the best ones implementing gold standards that filter throughout an organization. The latest institution seeking to fill multiple board seats is the Robert F. Kennedy Human Rights Foundation, which has turned to Hanold Associates for guidance. The board is chaired by Vista Equity Partners CEO Robert Smith, and includes Tim Cook of Apple, John Rogers of Ariel Capital Investments, the actor Martin Sheen, singer and activist Harry Belafonte and Ethel Kennedy, among others.

“It’s an honor partnering with the Kennedy family for such a wonderful purpose and mission,” said Neela Seenandan and Jason Hanold, co-CEOs and co-managing partners of the recruitment firm, jointly. They are leading the assignment along with partners Keri Gavin and Sandra Pena.

Mr. McFeeley, a seasoned advocate for change, has built a practice grounded in civil rights, advocacy, law, and public policy. His prior experience as an attorney-at-law and non-profit leader helps inform the insights he brings to his clients. Since joining Isaacson, Miller in 2008, he has led searches for deans of schools of law and public and international affairs, public policy directors, and various leaders of civil rights, environmental, and other advocacy organizations.