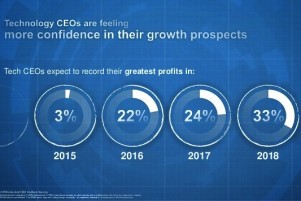 October 19, 2015 – Korn Ferry has recruited Ed Albrigo as president and chief executive officer for Richmond, VA-based Center for Innovative Technology (CIT). He succeeds Peter Jobse, the current CEO, who announced his intention to return to the private sector at the end of this year.

Mr. Albrigo was previously chief operating officer for The Hilltop Companies, a consulting and advisory firm. Prior to this, he was senior vice president at Freddie Mac and EVP and general manager of Open Systems.

Karen Jackson, secretary of technology and a CIT search committee member, said: “The CIT search committee retained executive search firm Korn Ferry and was focused on identifying the best candidates and ensuring that the selection process was based on merit and leadership experience. Ed’s selection resulted from a well-executed search process, and I am very pleased to have the opportunity to work with him.”

“The CIT board search committee conducted an extensive nationwide search that produced a strong field of diverse candidates and resulted in Ed’s selection,” added Terry McAuliffe, governor of Virginia. “CIT’s leadership is fundamental to my administration’s work to build a new Virginia economy that encourages and rewards innovation. I am very pleased that Ed will be leading the CIT and look forward to our continued advancement in global technology leadership.”

Since 1985, CIT, a non-profit  corporation, has been Virginia’s primary driver of innovation and entrepreneurship. CIT accelerates the next generation of technology and technology companies through commercialization, capital formation, market development and revenue generation services.