Menu
View our Events
Stay Connected:
CEOs are now putting people at the center of their growth strategies. To manage that resource for optimal competitive advantage they are turning more and more to their chief talent officer for guidance. 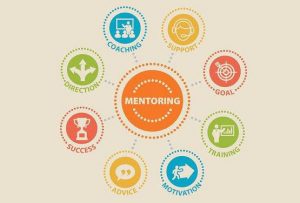 February 23, 2017 – Joanne (Jo) Rencher has been a visionary, results-driven business and human capital leader almost from the start. She’s led major initiatives across a variety of industries, where she’s become well-versed in strategy development and execution, human capital strategies, rigorous P&L management and board governance.

Her background is, indeed, impressive. After an early foundation as a leader at a GE Capital business, she later moved to the non-profit sector. She served as VP of HR at the International AIDS Vaccine Initiative where she launched a global HR unit and built a team across four continents and six countries. As chief people officer of The American Red Cross of Greater New York, she sat on the humanitarian organization’s executive team and reported to its CEO. Following leadership stints in non-profit consulting to social entrepreneurs and in education reform, Ms. Rencher then joined the Girls Scouts of the USA and is currently their chief business and talent officer.

What’s essential in her background is the far-reaching variety she’s achieved over a 20-plus year career. Without it, she would not have been able to assume a C-suite position that relies heavily on such broad and vast experience.

A proven innovator, Ms. Rencher has developed strategies and tactics aimed at strengthening organizational performance and incentivizing desired behaviors. She’s done this while managing large-scale business and cultural change initiatives that have resulted in million dollar efficiency gains, among other measurable accomplishments.

As we all know, the entire human resources function is in the midst of a fundamental shift. Corporate chief executives – at least the smart ones – now put people at the center of their growth strategies. As a result, they turn to their chief talent officer, like Ms. Rencher, to help manage that resource for competitive advantage.

In the following interview, Ms. Rencher walks us through her career trajectory. She explores the expanding role and responsibilities of chief talent officers, discusses how the role differs from the all-too-familiar CHRO post and, finally, she puts forth the best pathway to the chief talent officer power position. 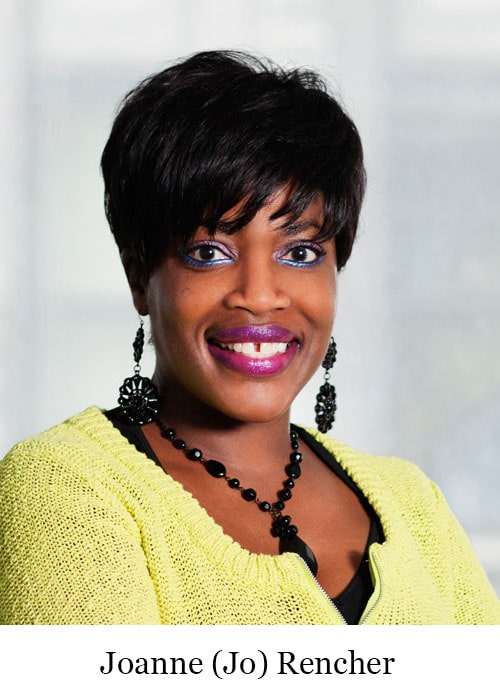 Jo, you’re known within Girl Scouts as an innovator and results-driven business and human capital expert. How did you get to this point?

My pathway in some ways was unique, but in other ways it also followed along an expected and progressive career trajectory line. For me, the achievement of reaching my role as this organization’s chief business and talent officer came about from a series of generalist responsibilities honed over nearly two decades across a variety of businesses. Each professional step that I took prepared me for the next one. It certainly wasn’t a straight line that I followed – like any career – but each position and new level of responsibility that I took led me forward. And all of this experience certainly prepared me for my role today.

There was no single ‘feeder’ position in HR that led you here?

There wasn’t one single feeder role in HR that led me here – I pretty much touched all parts of the talent function, whether it was working with data analytics and how that might help predict internal talent trends or developing succession plans. I’ve touched all of those – and over time – one by one, role by role, I progressed toward the C-suite. But let me add this: not only did I touch those generalist areas related to talent, but I made sure I touched every aspect of every organization or company that I worked in.

“The CEO often needs to rely on chief talent officers to help coach and develop the rest of the C-suite – something all of us in this role need to be increasingly comfortable with. Sometimes that means calling out, giving direction and speaking on behalf of the CEO to this important group of senior leaders. It can be a delicate balancing act, and one that not every C-level executive is always crazy about.”

To be a valued partner to a CEO, I knew instinctively that I needed to touch every single part of the business as I transitioned up. So early on, I went way beyond HR. I learned how the organizations I worked for made money, what worried top management, and who were our competition. Touching all of those moving parts led me to be well poised and well positioned for my role today. My current role is embedded in the business, and I hold P&L responsibilities in addition to leading the talent function.

So not a typical way in.

Not really. What is more typical might just be the traditional progression that we all see where a professional moves from a junior role to a mid-level post to an executive position, all with an eye solely on the human resources function. But early on I thought the most effective way for me to reach the top of this function – and add value well outside of it – was to learn about all of the functions around it at the same time. I knew that if I could take a multi-disciplinary approach and master multiple functions, then I could truly add value to the talent function and be effective. Being effective is what drives me every day. When I’m not effective, I’m not helping to push the organization ahead.

The CHRO at American Airlines recently told us that her career arc was also atypical. She worked in a number of capacities within different business lines, but ultimately she became expert in HR, plus finance, IT and digital.

I totally get that. Here’s another example that happened to me. Several months ago, we had a leadership need in our fundraising office as the executive had a personal emergency overseas. I could see that our executive team was increasingly concerned about the ramifications of this temporary disruption and how it might affect the business. We all felt vulnerable. But because I had worked so closely with that part of the business, I raised my hand and suggested that I could become the acting executive in this person’s absence. On the face of it, it seemed like an unusual offer. But, to me, it was a no-brainer. I had the fullest exposure across the enterprise, had been working closely with that executive and was completely comfortable. Adding value, stepping up, being effective. That’s how I approached this.

Jo, discuss the role of the chief talent officer vis-à-vis other C-suite HR positions, like CHRO and chief people officer. How do they differ, how do they interact, where do they intersect?

This answer may also be less neat and it’s probably very opinionated and subjective so that’s my qualifier before I answer! I happen to think that the CHRO title and the chief HR role itself is a bit of a vestige from the past. Lots of HR leaders have been going on now for decades about the need to elevate the function, to be seen as an equal senior executive on par with a CFO, for example. So the current CHRO mantle has been borne out of that. Frankly, since that title emerged I have not seen how the role consistently differs from other functional HR titles, such as director or vice president. So, looking back, I think the CHRO title was – and in many cases, still is, useful in terms of elevating the importance of the HR function in general, but it didn’t change the duties underneath it that brought these leaders into the business the way I described earlier. Again, that’s my opinion. The chief people officer, on the other hand, has been part of an evolution or desire to innovate on what these roles are called and why people should stand up and pay attention and see them as doing something very different and exciting and fresh and valuable for the organization. It signals something that’s completely over-the-top focused on its greatest assets, people, and so this title comes out of that innovative desire to really stand out and be called something different. Again, that’s my opinion as to how that title popped up. I believe that after all is said and done, the chief talent officer will have longevity. It has already survived the test of time and it is the single HR position that knows the entire business.

Describe the relationship between the chief talent officer and the CEO.

I see the chief talent officer as being the person providing some of the most intimate business counsel to the CEO. As I said, we see the business through such a different lens, so we might see things hindering the business or identify new business opportunities. So our role might be to uncover those things and then help the CEO leverage that knowledge. And of course we bring the added perspective of how talent and people fit into that conversation, that advice is often pivotal. The CEO often needs to rely on chief talent officers to help coach and develop the rest of the C-suite – something all of us in this role need to be increasingly comfortable with. Sometimes that means calling out, giving direction and speaking on behalf of the CEO to this important group of senior leaders. It can be a delicate balancing act, and one that not every C-level executive is always crazy about.

What about culture, Jo. You’ve discussed the importance of knowing the business inside out, but as a spokesperson for the CEO, culture must drive much of the conversation.

Yes, it absolutely does. And it’s a great point. I do this by what I call, “serving the whole and not the parts,” where you know that a discussion on culture might call for tough conversation. It certainly calls for transparency. So professionals in my role need to be close to the pulse of the culture where we wade through it, guide people and come up with solutions. This is in many ways the most important aspect of what we do as chief talent officers – it all comes down to how we all talk to each other, how we all relate to one another, how we trust each other, how we solve problems together – in service to the whole business.

Check Out These Related Articles on HR Trends: