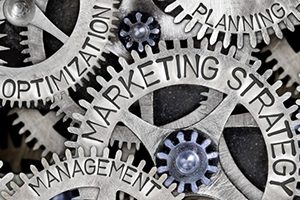 September 11, 2018 – Kennedy Executive Search & Consulting, a network of independent executive search firms, has appointed Louise Royer as marketing director. She will be responsible for building and executing marketing strategies to support the growth of the network. She will also be in charge of brand development strategies. Ms. Royer will assume her responsibilities immediately.

“I’m very pleased that Louise decided to accept this exciting challenge,” said Jorg Stegemann, CEO of Kennedy Executive. “Our network is growing fast and this in turn demands a coherent and strong focus on what we want to convey with our brand. Louise brings three dimensions to the table.”

“Like the partners in our network, she has an entrepreneurial spirit; as an insider, Louise understands the executive search industry and she has an impressive background and skill set around brand development and marketing,” he said. “Getting her on board will allow us to capitalize on the potential of a network like ours, and continue to grow.”

Ms. Royer is no stranger to the Kennedy Executive network. She was previously in charge of marketing, business development and operations at Qualitas Management Consulting/Kennedy Executive Austria. Earlier in her career, she built a career in advertising and media, working as account manager and then account director for various agencies, including the Publicis Group. She worked with clients in diverse industry sectors including automotive, FMCG, tourism and construction. Ms. Royer joined Qualitas in 2016, one year before the office joined the Kennedy network.

“I have gotten to know the partners of the Kennedy network as a group of talented and global minded professionals,” said Ms. Royer. “There is a great understanding of the advantages our network offers, both for clients and candidates as well as ourselves. Kennedy combines extensive local knowledge in individual markets with a strong global footprint. As the network continues its rapid growth, I am really looking forward to working with a team of great people, to build marketing strategies which truly represent the Kennedy brand and entice new audiences.”

Kennedy Executive Search offers “360 talent management” as the firm calls it – from executive search to coaching during a placement’s integration period, and a host of other talent and leadership consulting services. The firm serves clients across Europe and North America, with offices in Amsterdam, Copenhagen, Denver, Frankfurt, London, Milan, Paris and Prague.

This past spring, Kennedy named Carl Lens as managing director EMEA. Mr. Lens is co-founder and owner of Kennedy’s Dutch partner office Lens, Executive Search based in Amsterdam. Before founding his firm, he was global head of healthcare for London-based recruitment firm Nicholson. Prior to his latest appointment, Mr. Lens was managing director Europe for the network.

In March, Kennedy expanded into South Africa with the addition of Evolve Executive Search in Johannesburg. This became Kennedy’s first African partner for the network. Evolve was founded in 2011 and is headed by Adam Ginster. The firm executes high-end search assignments throughout South Africa and more than 20 countries in sub-Saharan Africa. Its clients include those in mining, metals, oil & petroleum, infrastructure, energy, construction and industrial services, as well as financial services and TMT (Technology, Media and Telecoms).

Major Lindsey & Africa Names Veteran Global Marketing Head
Major, Lindsey & Africa named Jennifer Silver as executive director and global head of marketing and communications. She is based in the firm’s Boston office. In her role, Ms. Silver will be responsible for the strategic marketing direction for both MLA and Allegis Partners, its sister company focused on executive search.

In addition, Kennedy also partnered with Human Assets Consulting Group AS in Oslo, Norway to bolster its presence in Northern Europe. Human Assets is a boutique executive search firm founded in 2015 by Petter Berg, Truls Mo and Haakon Heskja. Mr. Berg, who started in executive search five years ago, has a background working for two top-tier management consulting firms (including partner-level at McKinsey). He was also a director with a large IT consulting business. Mr. Berg has 16 years in management consulting, including vast international experience in Europe, the Middle East and Africa.