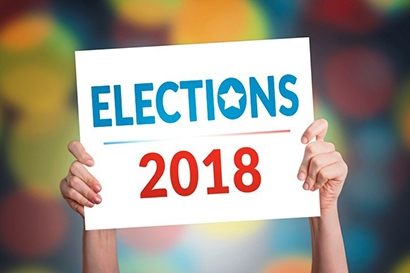 November 5, 2018 – As Americans prepare for the mid-term elections tomorrow, a new Korn Ferry survey reveals that executives expect the outcome to have a big impact on the workplace. Seventy-five percent of the executive respondents from across a wide range of industries say the outcomes will affect their company’s future hiring decisions, and nearly a quarter (23 percent) said the results will have a significant impact on hiring.

“There are many issues in play this election season that could have an impact on business and hiring,” said Bill Gilbert, a global operating executive for Korn Ferry. “As business leaders assess their future strategic priorities – including their talent agenda – they will most likely take into consideration the results of these elections.”

Millennials & Politics: Why the Youth Vote Matters
Millennials and politics. This demographic group is now as large a potential political force as Baby Boomers, making up 25 percent of the vote in the most recent Presidential election, according to an analysis of U.S. census data from the Pew Research Center.

The survey also found that politics overall is becoming a more contentious topic, with 60 percent of respondents saying that political conversations have created a more divisive workplace in recent years. Fifty percent said they are not comfortable with politics being discussed while they are on the job.

The majority of respondents (59 percent) said they believe disclosing their own political affiliation could have a negative impact on their career. Perhaps because of this belief, more than two thirds (69 percent) said they refrain from discussing politics while at work.

“While election season often brings with it divisive issues that are flashpoints in the workplace, corporations should embrace this time as an opportunity to encourage constructive dialogue across divides,” said Andres Tapia, a Korn Ferry global diversity and inclusion strategist and author of The Inclusion Paradox: The Obama Era and the Transformation of Global Diversity. “Political diversity is a new frontier in the work of inclusion. Corporations that already are nurturing inclusive environments have a unique opportunity to foster non-polarizing conversations that lead to new understandings of others’ political positions.”

Cejka Search Leaders Discuss the Election and Its Impact on Healthcare Leadership
Talent management as the U.S. healthcare industry transforms is a high priority. In addition to grappling with a shortage of physicians and other clinicians, healthcare organizations must also fill new and expanding leadership roles to carry out strategic initiatives in response to current reform efforts.

As the election rhetoric was heating up, 83 percent of respondents said that they expected more of their colleagues to vote in this year’s mid-term elections. The vast majority (94 percent) said they will be happy when the mid-term elections are over.

The final U.S. jobs report before Tuesday’s midterm elections showed employers adding 250,000 jobs last month as the U.S. unemployment rate was unchanged at 3.7 percent. Wall Street analysts had expected an increase of about 195,000. The October gain is the 96th consecutive month of job growth.

“While the U.S. unemployment stands at 3.7 percent (the lowest since December of 1969) it follows a trend of continued job gains for over the past eight years,” said Walter Baker, managing partner and founder of Pitcairn Partners. “Nonetheless, the mid-term elections could significantly impact the labor market and also influence company’s future hiring decisions. Aspects like immigration policy, healthcare strategy and budget, to name a few, can certainly have an impact on the availability of talent going forward.”

The Korn Ferry survey, which was conducted last month, drew 552 respondents. Here is a look at the questions and responses: