Menu
View our Events
Stay Connected:
In a year that dazzled with compelling searches across the world of sports, Hunt Scanlon took on the challenge of finding the Top 10. In a bountiful year, we culled the best of the sports sector’s search stories. Let’s take a look back at a remarkable year for recruiters. 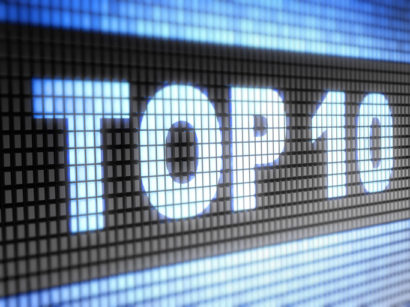 December 26, 2019 – 2019 was a thrilling year for sports. It all started with the New England Patriots winning their sixth Super Bowl. The Washington Nationals claimed their first World Series. The Toronto Raptors won the NBA title. Megan Rapinoe and her teammates captured the FIFAWomen’s World Cup. And the cheers, jeers and intrigue were in evidence on every imaginable front, from crowded stadiums to the Twitterverse. Playing a critical role in virtually every sport was the recruitment industry, placing front office executives, head coaches, athletic directors, chief marketing officers, and more.

With 2019 moving toward its close, Hunt Scanlon Media looked back through our archives and revisited an impressive collection of stories about an industry that has grown into a juggernaut. The global sports market is expected to hit $614 billion by 2022, according to the Business Research Company in London. It is no wonder that the quaint days of selecting talent from one’s own small corner of the sporting world are gone forever, and search firms are playing an ever increasing role in finding the best people for key roles, many times from far-flung industries. Seasoned recruiters now provide strategic planning advice, in addition to talent identification services, with the capability of applying their findings to speed along the process in the hunt for talent.

It only makes sense that recruitment firms would have played an integral part in the sports industry’s narrative throughout the past year. Picking the 10 top sports search stories out of such a diversity of choices was no small task, but we ultimately made our selections.

For starters, we are telling readers of our own upcoming conference, ‘WINNING WITH TALENT: How to Attract World-Class Leaders In Sports, Media & Entertainment,’ that on April 29 will bring together hundreds of business leaders and HR professionals from across the sports, media, entertainment & digital sectors to discuss a wide range of issues.

Hanold Associates, for its part, also drew a lot of attention, finding the new chief people officer of the National Football League. Korn Ferry placed the new commissioner of the Big Ten Conference. And Egon Zehnder found a leader for a different kind of football, placing the first Indigenous Australian commissioner for the Australian Football League’s (AFL). Also winning raves were Boyden, for finding the new CEO of USA Diving, and Odgers Berndtson, for landing former U.S. Paralympic soccer star Mike Peters as the new CEO of the International Paralympic Committee.

While it is nearly impossible to pick just 10 of the most interesting sports assignments over a full year – we tracked plenty of them – that’s exactly what we’ve tried to do here. So, in case you missed any of these stories during the course of a very busy year, or if you’d like to reread what are likely some of your own favorites, here are our 10 best sports sector picks for 2019. Happy reading . . . and Happy New Year from Hunt Scanlon Media! We’ll see you at our latest talent conference on April 29!!

Hunt Scanlon Media is convening hundreds of business leaders and HR professionals from across the sports, media, entertainment & digital sectors to discuss a wide range of issues impacting hiring, recruiting, developing and retaining talent. CEOs, chief talent officers, HR execs, heads of brand & digital, sponsorship directors, chief revenue & marketing officers, chief business & advancement officers, global business operations leaders and executive recruiters are attending. ‘WINNING WITH TALENT: How to Attract World-Class Leaders In Sports, Media & Entertainment’ will be held on April 29, 2020 at TheTimesCenter – a state-of-the-art venue situated in the heart of New York City. Turnkey Search, a division of Turnkey Sports & Entertainment, a leader in recruiting top level talent to the sector, is co-hosting the event and has been a key partner in formulating this new conference.

Glenn Sugiyama, managing partner and global sports practice leader at DHR International, placed former Memphis head coach Mike Norvell as the new head football coach for Florida State University. Willie Taggart was fired in early November after going 9-12 during his tenure with the team. “It was an honor to be entrusted with the search for the new leader of one of the iconic brands and one for the top college football jobs in the country,” said Mr. Sugiyama. “Mike Norvell is one of the rising stars in college football not only for his overall body of work…an overall record of 38-15, three consecutive appearances in the conference championship game and a winning percentage of 71.7 percent. But he also had his best year the year our job was open…winning 12 games culminating in the 2019 AAC Championship.” Hats off to Glenn! He continues to be a leader across the sports recruiting spectrum.

Hanold Associates recruited Dasha Smith as chief people officer of the National Football League in one of the most high profile human resource C-suite assignments of 2019. Jason Hanold, CEO and co-managing partner of the search firm, led the assignment. He was joined by his partners Keri Gavin and Katrina Prospero. The appointment is a vital one for an organization that is among the top professional sports leagues in the world. It comes at a time in which the NFL faces challenges on virtually every front and demands smart, tough-minded leadership. “Dasha is an incredibly talented leader and outstanding person,” said Mr. Hanold. “She is contemporary in her approach, authentic and wise beyond her years. She will be a great thought partner to Commissioner Roger Goodell, chief operating officer Maryann Turcke, the league office and the club owners.”

Korn Ferry placed Kevin Warren, chief operating officer of professional football’s Minnesota Vikings, as commissioner of the Big Ten Conference. He will start on Sept. 16 to take advantage of an opportunity to transition as the new season begins alongside commissioner Jim Delany, who will officially step down on Jan. 1 following a 30-year career with the conference. The search was led by Jed Hughes, Korn Ferry’s vice chairman and global sports sector leader. Mr. Warren is the 1st African-American commissioner of a Power 5 conference. Mr. Warren has been with the Vikings since 2005. He is the highest-ranking African-American executive working on the business side for a team in the NFL and is the first African-American chief operating officer in the league’s history.

Ventura Partners recruited Carolyn Kieger as the sixth head coach of the women’s basketball program at Penn State University. After 12 seasons, the program elected to move on from coach Coquese Washington. Partner Chad Chatlos led the nationwide search for Ventura Partners. Ms. Kieger, a 2019 Naismith Women’s Coach of the Year Award semifinalist, guided Marquette University to the top of the Big East Conference and three consecutive NCAA Tournament appearances as the Golden Eagles’ head coach. “We are excited about the expertise, passion, compassion, leadership and enthusiasm Carolyn will bring to our program and its students, and to her engagement with recruits, our Lady Lion alumni and fans in returning Penn State to a position of competing for championships, with continued academic achievement and community impact,” said Sandy Barbour, vice president of athletics for Penn State.

Boyden recruited Terry Basset as CEO of USA Diving in Colorado Springs, CO. He replaces Lee Walsi Johnson who left after just 16 months on the job. Jack Perkins had been acting CEO. Partner Chip Novick led the assignment. Mr. Basset became the top choice after stops at several other privately owned, non-profit and publicly traded entertainment/ sports properties, including the NFL’s Miami Dolphins, NASCAR/ International Speedway Corp., Roger Penske’s Motorsports Division, Professional Bull Riders, and most recently, Nitro Circus. “We are delighted to have selected Terry from the list of dozens of qualified candidates,” said Dave Gascon, chair of USA Diving’s board of directors. “He has a proven track record of success in several positions which require similar skills, knowledge, and abilities. We have been very impressed by his diligence in working with our outgoing acting CEO Jack Perkins and staff as he gets up to speed.”

Turnkey Search, a subsidiary of Turnkey Sports & Entertainment, placed Fred Hoiberg as the new head coach for the men’s basketball program at the University of Nebraska. The appointment of Mr. Hoiberg follows a comprehensive national search led by Turnkey managing director Gene DeFilippo. “Fred will be an outstanding representative of the university, and a great leader for our men’s basketball program,” said Bill Moos, athletic director. “When you look at him, you see an individual who has had success as a player and a coach. Fred’s background will sell itself on the recruiting trail, and help us bring in the type of student-athletes needed to compete at the highest level,” he said. “His style of play not only will be appealing to prospective recruits, but will also provide our great fans an entertaining brand of basketball.”

Egon Zehnder placed the Australian Football League’s (AFL) first Indigenous Australian commissioner. Helen Milroy, a professor at the University of Western Australia and a commissioner with the National Health Commission, is a descendent of the Palkyu people of the Pilbara region in Western Australia. Ms. Milroy is the professional rugby league’s 10th commissioner. “I am extremely pleased that professor Milroy is joining the commission,” said Richard Goyder, the AFL’s chairman. “Helen brings the highest level of clinical and policy experience in the important areas of health, mental health and Indigenous affairs to the game’s governing body.” Dale Alcock, president of the Fremantle Dockers, said the appointment was a step forward for the sport. “It is significant and pleasing to have another West Australian commissioner, another woman commissioner and most importantly a proud and well respected Aboriginal elder joining the commission,” he said.

Odgers Berndtson has recruited former U.S. Paralympic soccer star Mike Peters as the new CEO of the International Paralympic Committee. Recruiters Simon Cummins and Federico Filippi are leading the assignment. The IPC Governing board was unanimous in its selection of Peters, a longtime veteran of administrative roles in Para sport, as the best person for the job and to “lead the IPC management team into a new and exciting era,” said IPC president Andrew Parsons. “Mike was the sole internal applicant and was judged against the same criteria as all external candidates,” he said. “His knowledge, experience and passion for the role and the Paralympic Movement, as well as his vision to transform the culture of the IPC and make the organization more membership focused, placed him head and shoulders above all other candidates.”

Fogler Consulting placed T.J. Otzelberger as the men’s head basketball coach for the University of Las Vegas, Nevada (UNLV).  Mr. Otzelberger comes to UNLV from South Dakota State University (SDSU), where he compiled a record of 70-33 during his three years as head coach. Desiree Reed-Francois, UNLV’s director of athletics, enthusiastically welcomed Mr. Otzelberger to his new job. “When I set out to find the next coach of our Runnin’ Rebels, I sought a hard-working, laser-focused head coach who personifies our core values, who knows what success looks like, who is passionately committed to winning and who is at ease with being the face of our storied basketball program,” she said. “T.J. exemplifies these attributes. I am confident he is the right coach to bring the Runnin’ Rebels into a new era of preeminence.”