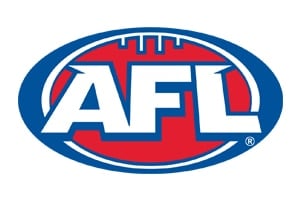 January 7, 2019 – Executive recruitment firm Egon Zehnder has placed the Australian Football League’s (AFL) first Indigenous Australian commissioner. Helen Milroy, a professor at the University of Western Australia and a commissioner with the National Health Commission, is a descendent of the Palkyu people of the Pilbara region in Western Australia.

Ms. Milroy will become the professional rugby league’s 10th commissioner. “I am extremely pleased that professor Milroy is joining the commission,” said Richard Goyder, the AFL’s chairman. “Helen brings the highest level of clinical and policy experience in the important areas of health, mental health and Indigenous affairs to the game’s governing body.”

Ms. Milroy, who starts with the AFL on March 14, has more than 30 years of experience in the nation’s health and mental health system. A former general practitioner and current child and adolescent psychologist, she was also a commissioner with the Royal Commission into Institutional Responses to Child Sexual Abuse. She has received numerous awards for contribution to Aboriginal and Torres Strait islander mental health, psychotherapy, education, academic excellence and mental health services. Ms. Milroy has also served on the AFL’s Indigenous advisory committee.

“I am looking forward to working with the AFL commission across all aspects of the commission’s work,” said Ms. Milroy. “This is an important opportunity to focus on mental health as well as the wellbeing of children and communities through their participation in sport.”

Dale Alcock, president of the Fremantle Dockers, said the appointment was a step forward for the sport. “It is significant and pleasing to have another West Australian commissioner, another woman commissioner and most importantly a proud and well respected Aboriginal elder joining the commission,” he said.

“Professor Milroy’s health background and engagement in strategy, leadership and decision making at the highest levels will provide the AFL the depth and resource to make a significant difference,” Mr. Alcock said. “Fremantle has a long and proud Aboriginal history and today provides the opportunity for many young men and women to make their mark in the AFL.”

Two years ago, then-commission chairman Mike Fitzpatrick committed the AFL to naming an Indigenous commissioner before the end of 2018, which his successor, Mr. Goyder reaffirmed. Ms. Milroy’s appointment is the result of a process led by a commission subcommittee, which included all 18 AFL club presidents, along with consultation from Egon Zehnder. Reportedly, some people were concerned that appointing an Indigenous woman before a man would be culturally insensitive.

The commitment to name an Indigenous commissioner was among a range of objectives by the AFL concerning Australia’s Indigenous people, which included promoting Indigenous leaders in roles in the sport. The league also said it would provide more education, employment and training opportunities to Indigenous people, will establish a national program to improve player retention and strengthen community football competitions in regional areas.

At the time, Mr. Fitzpatrick said the appointment of an Indigenous commissioner would be an important step for the competition. “The issue of representation of Aboriginal and Torres Strait Islander men and women at all levels of the game remains a significant challenge,” he said.

“The AFL commission acknowledges that to further advance the influence and contribution of Indigenous Australians, we must work toward better representation in the governance of the game, including the AFL Commission, AFL club boards, state bodies and the community competitions.”

“Currently our game enjoys strong Indigenous representation of approximately nine percent in the playing group but improvement is needed it when it comes to representation in other roles.”