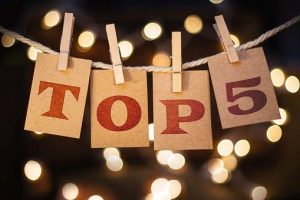 December 26, 2016 – If this past year is any guide, the sector we have all come to call colloquially as the ‘headhunting’ industry will continue to morph into a nine-headed hydra, and then some. Recruiting, yes, is still a massive piece of the talent puzzle that executive recruiters assemble every day for clients ranging from sports teams and universities to private equity-backed concerns and the Fortune 500.

But a host of other services are now on offer. These include assessment, onboarding & integration, ongoing assessment, culture shaping, board development and career planning right up through to leadership development and succession planning. Is that nine? Indeed, it is. In 2017, expect more.

What these expanding corporate talent management needs are driving is a big uptick in M&A activity among search providers – this in an industry where the same top five global players have dominated for decades. Whether all of these firms survive the transitional period we’re entering now is anyone’s guess. They’ll certainly look different on the way out than they did on the way in. But one thing is for sure: every search firm, whether big generalist or small boutique, has been scouting for ways to enter the fray from all sorts of new angles.

Here are the five biggest deals of the year. Take a few minutes and ponder what new combinations might be in store for the New Year!

While Korn Ferry spent much of the year digesting its largest acquisition ever from 2015 – it acquired people strategy and organizational performance leader Hay Group for close to $500 million – other firms, like rival Heidrick & Struggles, made smaller but highly targeted purchases as well. Heidrick started early in the year, first acquiring Decision Strategies International, a Philadelphia-based strategy and leadership advisory firm. It was Heidrick’s second acquisition in the burgeoning leadership consulting space in just four months and brought the firm more heft in organizational performance, team dynamics, performance management & leadership assessment, development and transformation services. Heidrick then made a string of other acquisitions throughout the year, one of which we highlight here. Click here to read the full story: Heidrick & Struggles Acquires London-Based JCA Group

But you didn’t have to be one of the largest search firms in 2016 to pull off a good deal. Case in point: Diversified Search acquired life sciences specialist BioQuest just three months ago. The deal will likely help Diversified to remain a top 10 industry player, but, more importantly, this deal gave the firm a foothold working for companies in the venture capital and private equity markets, a marquee addition to its healthcare portfolio. The acquisition is expected to help Diversified Search further cement its leadership position in medical device, biopharma, diagnostics, digital health, health IT, and consumer medicine search, all in the thriving California life sciences market where BioQuest was headquartered. Click here to read the full story: Diversified Search Acquires Life Sciences Specialist BioQuest

In fact, to make our list this year you didn’t even have to be a traditional search firm, or located in America for that matter. This past summer, a time when traditionally all the deal-makers have gone off to the waterfront estates on Martha’s Vineyard or their mansions along Long Island Sound, one of the most extraordinary deals happened. Perennial recruitment investment darling, Monster Worldwide, caught up in the aftermath of the massive shift to in-house recruiting and LinkedIn, sold itself off for a paltry $429 million to Randstad of The Netherlands. It was a further sign of consolidation, to be sure, but it was more of a nod to the massive technological transition that’s occurred since the Great Recession that has given employers better and less expensive ways to source and engage talent. Founded 22 years ago, the same year as Yahoo — another industry ‘disrupter’ that has seen its business fortunes slip away — Monster overhauled the way people searched for jobs, using the Internet as a primary tool. During two boom cycles starting in 2000 and again in 2006, Monster hit its zenith in market value of almost $8 billion. So much for the long game. Click here to read the full story: Randstad Acquires Monster Worldwide for $429 Million

You Can be Small and Survive, Too

One of the most interesting deals in 2016 was a small merger that took place somewhat quietly last April. Helga Long, who started out as a consumer products marketing specialist, then created her own executive search consultancy in life sciences before merging it into CTPartners 11 years ago, merged with RSVP Group, a global boutique recruiting outfit focused exclusively on the life sciences and chemical sectors. The combined firms will give the newly-merged entity a broad global presence in New York, Zurich, London, Paris, Boston, Wiesbaden, Washington, D.C., Princeton, Austin, Shanghai and Singapore. Who says you have to be big to survive. The merger took place during a time when the global healthcare and life sciences sector is in the midst of a turbulent shift  – putting more pressure on talent acquisition professionals to identify visionary leaders who will lead these rapidly expanding sectors into the future. “We will usher in the next generation of game changing leaders required for this evolution,” said Ms. Long. We certainly have no doubt that she will. Click here to read the full story: HM Long Global Partners Merges With RSVP Group

If at First You Don’t Succeed

Finally, no list of deals this year would be complete if it didn’t include DHR International. The sixth largest search firm in the Americas, DHR spent considerable time and money the prior year trying to land publicly-traded Caldwell Partners of Canada. That deal might have faded away, but DHR stayed true to its word that it wanted to establish a beachhead to the north. It did so just last month, acquiring Calgary-based executive search firm BluEra. Founded in 2008, BluEra focuses on executive search, team transformation and executive coaching. It serves a wide array of industries in the renewables, power, oil & gas, retail, telecommunications, and information technology sectors. This concentration has made BlueEra one of the fastest growing search firms in the region and quite a nice pickup for DHR. For decades, Canada – with 1.4 million companies – has been one of the most important and influential economies in the world. Today it ranks as the 11th largest. As in other developed nations, the service industry dominates the country, which employs about three quarters of its workforce. Chief among its other leading industries are logging, oil & gas, manufacturing; aircraft and aerospace; and financial services & banking. There will be plenty of search work in Canada for DHR International in 2017 and beyond. Click here to read the full story: DHR International Acquires Calgary-Based Search Firm

Managing Through the Great Resignation and Reshuffle