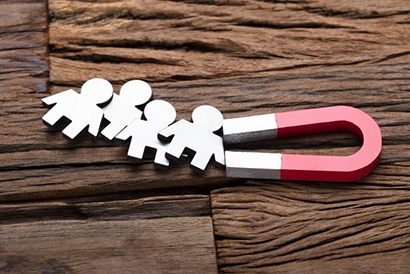 February 4, 2019 – Attracting and landing top leadership talent has never been more difficult. A record low unemployment rate has tightened the labor pool. Added to the challenges are two new hiring hurdles which are creating a perfect storm.

How can companies adjust to the new normal in the employment market and come out on top in the war for top talent? What are top companies doing today to overcome such obstacles? Larry Hartmann, CEO of one of fastest growing global boutique executive search firms, ZRG Partners, offers some answers.

Let’s start with a quick look at where we are today. Unemployment in the U.S. stands at four percent and January marked the 100th consecutive month of job growth. “Many leading companies are recognizing the current state of the employment market,” Mr. Hartmann said. “This knowledge coupled with generally good financial results is leading to many leading companies rewarding top leaders with nice compensation increases, robust bonuses and greater long-term incentives to foster satisfaction and retention.”

Fueled by the good economic conditions, growth is a mandate and adding new talent to execute on expanding growth plans is critical to sustaining success” he said. With this in mind, what should top CHROs and CEOs be doing to address and work through these new and evolving dynamics?

Successful Recruiting is Harder than Ever

A foundational starting point for improvement begins with the mindset that in today’s market, companies are really “recruiting” and not picking. Mr. Hartmann said that hiring executives who think their responsibility is merely to pick the candidates and not to sell them on the company, are losing many of the best candidates to competitors who do embrace this approach.

“Recruiting should be a very well-organized process that not only selects, but also persuades,” Mr. Hartmann said. “A successful recruitment strategy should be engineered to sell candidates on the company and the role, and build rapport with the ultimate hiring manager and the team. A well-organized interview process will spend considerable time on the company, selling the candidate on the vision, the plans and the goals painting a picture of the future.”

A well-organized and thorough process is critical. If it takes too long, the results will be highly disappointing and costly. “One of the biggest problems in recruiting top talent in this market is lack of speed and hiring delays,” said Mr. Hartmann. “When a company needs to fill a critical role, the commitment to an expeditious timeline and hiring process can be the difference between landing top talent or settling for a compromise and waiting months to fill an open role.”

Ensuring Survival in Executive Search
Remaining relevant in today’s highly competitive business climate is one of the executive search industry’s toughest challenges, according to Tim Sheffield, chairman of Sheffield Haworth, in a new report by Invenias, a global provider of cloud-based software for executive search firms.

The market is hot, he explained, and candidates don’t have two or three months to maintain interest in a slow and meandering interviewing process. “In this market, slow speed kills candidates’ enthusiasm and diminishes your ability to close top talent,” he said. “The timeline from the first interview to final offer should not extend beyond 30 to 45 days. Delaying any further increases the risks for a flawed outcome.”

“When you meet the right candidate, action is needed or you will lose them to competitors or to lack of interest in a long drawn out interview cycle,” said Mr. Hartmann. “In hot sectors, we are seeing candidates interviewing and get offers within a week, short circuiting the lengthy processes that marked past times.”

So why does hiring taking so long? “One of the biggest bottlenecks we see is the broken process of interviewing, specifically gathering interview feedback, to advance the discussions and ultimately make the hiring decisions,” Mr. Hartmann said. “In today’s corporate world, it is typical that four to eight people participate in an interview process and provide feedback. The challenges of getting an interview team together to share feedback, when often there are multiple candidates interviewing for an important role, is adding months to many hiring processes and resulting in lost opportunity and cost.”

One way to solve this problem is to change how the feedback process works. ZRG Partners recently rolled out a new, mobile phone enabled version of its interview feedback software called Z Score 2020. The tool allows interviewers to click a link on their mobile device to provide quick and simple candidate interview feedback.

After each interview, the team members take five minutes to provide their view on a handful of key areas. “From this simple business process comes powerful and actionable insights that unlocks the wisdom of an interview team and saves weeks, and often months, of back and forth in trying to get the team together to discuss the interviews and prioritize candidates,” said Mr. Hartmann. “In this type of a market, saving time and improving the quality of the interview feedback data is essential to hitting the mark.”

Compensation disconnects are a bigger threat to landing top talent than at any time in history. “The combination of low unemployment and company financial success and the emerging trends around pay equity laws and candidate privacy issues have created a multi-level headache that is leading to more candidate breakage and frustration at the offer stage than ever seen before,” said Mr. Hartmann.

How are companies dealing with these new challenges in the hiring process? “First, let’s tackle the compensation environment and what is going wrong,” he said. “We believe that hiring markets exist in three distinct and changing stages: client driven markets, neutral markets and candidate driven markets. Over the past decade, we have experienced each of these three phases.”

To succeed in today’s market, it is essential to understand precisely where we are now, he said. From 2008 to 2011, with the rebound from the global financial crisis, the market was client/company driven. “Supply exceeded demand, and companies that were stable, growing and hiring could attract good people with minimal effort and nominal compensation change,” Mr. Hartmann said. “A client driven market is the rarest of markets, but we experienced one on the heels of the global financial meltdown. The markets then migrated to a neutral market for a few years as the economy improved and there was still a nice stable of talent ready to move and on the bench.”

Now, with the heated economy and low unemployment, we are in a candidate driven market. “In a heated-up candidate driven market, demand for key leaders for important roles exceeds the talent willing to change jobs,” Mr. Hartmann said. “Recruiting tactics that worked in previous years now fall short of success. Offers with nominal 10 to 15 percent pay increases are now routinely rejected.”

Mr. Hartmann said that even if candidates accept offers at these levels, their resignations are met by counteroffers of 20 to 25 percent pay increases, coupled with promises of a brighter future and promotions. “The more rare and difficult the skill-set, the higher the cost premium has become to recruit a suitable employee,” he said. “Lucrative long-term equity incentives and creative benefit offerings are no longer the exception but the norm. If your company is operating in a neutral market mindset and passively considering offers, you are likely experiencing longer fill times and lost opportunity with the true top talent.”

We are clearly in a candidate driven market, and companies must think aggressively about paying top dollar to land top talent. On top of this, a new complexity has been added to this challenge: Several major U.S. states have passed new laws restricting the ability of employers to inquire about past compensation when hiring new talent.

Here’s How Data Privacy Laws Will Impact Global Search Firms
The European Union’s data privacy law, GDPR, went into effect last year. Executive search firms are concerned they may be subject to fines for lack of compliance. Anthony Harling, co-founder of Not Actively Looking, examines the law, how it will affect recruiting firms and what they can do to protect themselves from impending fines.

“While limited today to just a few states, there are others following close behind,” Mr. Hartmann said. “In the early days of this new challenge we have seen major companies take the position that they will not inquire about an applicant’s actual compensation in all 50 states, and even globally, to ensure compliance.”

This new dynamic is hurting the offer process for companies, said Mr. Hartmann. “It is making offers and closing candidates a high stakes game of poker with the candidate not having to show any cards while the clients must lay out the first volley,” he said. “The historical approach to calibrating fair offers has always been find out a candidate’s past compensation, consider their unique strengths and fit and then typically make an offer at 10 to 20 percent more than they are currently earning. Today, there will surely be wild swings in new compensation levels and also hurt feelings and broken hiring processes in this new world.”

“Making offers to candidates in the dark and interviewing without some framework will only lead to frustration on both sides, and the unintended side effect is slower time to fill critical roles and more recruiting resources required to get projects done,” said Mr. Hartmann. “Making an offer in the dark is a daunting prospect for many executives who have spent decades calibrating past compensation to structure new deals.”

Related: Getting the Right Senior Level Candidates on the Radar

Companies are adjusting to these new compensation rules with interpretations that seem to be all over the board. “Some companies are still asking for compensation data except in the designated states,” Mr. Hartmann said. “Others, in fear of potential legal risks, have adopted the ‘Don’t ask, don’t tell’ policy nationwide, and in some cases even globally. Candidates, not knowing their rights and hearing of this, are confused as well and the uncertainty and varying interpretations are causing chaos in the hiring process.”

Some companies are asking the candidate for optional guidance on the level of base salary and bonus they would expect if hired. “While not a perfect solution, it provides some parameters to consider a candidate for a role,” he said. “The negative impact is if the candidate ask is too high, they may be eliminated before even interviewing.”

“Companies that want to win today’s war for top talent need to think differently about how they are approaching the market,” Mr. Hartmann said. “From how they recruit and how they internally move things along faster, to ultimately how they are able to close the right candidates with the new complexities around compensation and privacy.”

“Providing actionable data for each project to help clients make better hiring decisions has always been core to the ZRG solution offerings,” he said. “With these changes, our tools also speed the time to hire which has never been more important. These new factors require new approaches to landing talent and winning the war for the best in this candidate driven environment.”

Related: 6 Reasons Why Executive Search is Ready for Disruption