Stay Connected:
The search industry continues to evolve at a rapid pace. A new report by Invenias features Tim Sheffield, chairman of Sheffield Haworth, who provides an inside look at a revolving industry. 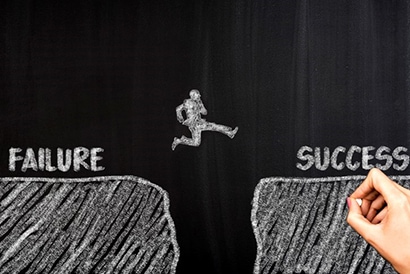 January 28, 2019 – Remaining relevant in today’s highly competitive business climate is one of the executive search industry’s toughest challenges, according to Tim Sheffield, chairman of Sheffield Haworth, in a new report by Invenias, a global provider of cloud-based software for executive search firms.

“Clients are far more sophisticated in how they acquire senior talent than ever before,” said Mr. Sheffield. “Many have pretty impressive in-house talent acquisition teams, so our industry has to ensure it is adding value – or what is its purpose?”

Mr. Sheffield is well qualified to offer his views on the industry in which he’s built a career for almost three decades. Executive recruitment wasn’t his first choice, however. Truth be told, he fell into it, he said, after attending a job interview upon being made redundant from his position trading equity derivatives.

“I arrived for my interview, but the recruitment consultant failed to materialize,” he said. “It turned out that he’d left the previous day.” In a twist of fate, Mr. Sheffield was offered the vacant consultant position, which he accepted.

“It was on the understanding that I would return to the world of finance at some stage later that year,” he said. “But three months into the job, I was loving it so much that when a trading position came up, I turned it down.” The rest is history. Just two years’ later, at age 26, Mr. Sheffield teamed up with Nigel Haworth to establish Sheffield Haworth, for which he now serves as chairman.

Over the years, Mr. Sheffield told Invenias, he has seen a migration of talent from the executive search industry into in-house teams. There’s also been considerable commoditization of executive search, and he believes the service providers that have gone that route are now finding it a difficult market. Why? “Because companies are seeing that they can do it better and cheaper themselves in-house,” he said.

Mr. Sheffield’s absolute focus on remaining relevant means that his business is evolving into a global multi-sector talent consulting firm. “We know we must demonstrate how we add value and validate the fees we charge,” he said. “It’s important to recognize the changing needs of our clients and adapt our model accordingly. Whether that’s our pricing, how we engage, developing new services, or moving into new areas, such as talent advisory and consulting solutions.”

Compared to many industries, he said, executive search lags behind in its embrace of digital. “Not much has changed in recent years, with consultants using the same communications channels and technology that have been around for some time,” he said.

“There is a huge opportunity for organizations like ours to take the lead in digital services and use them to better engage with clients and deliver value,” Mr. Sheffield said. “We also recognize that as a new generation of leaders enters the talent market, they will be expecting to engage and interact via the latest digital means,” he said. “So, it’s not just a case of remaining relevant to our clients, but to the candidates as well.”

Tapping Into a Global Talent Pool

This new generation of future leaders he refers to is also increasingly global, the Invenias report said. Mr. Sheffield believes that the executive search industry must in turn take a global view on finding talent. After all, if there’s a great position in London or New York, top talent will usually relocate. “I have spent a lot of time in the Middle East, India and Asia, where the depth of talent in technology and digitalization is proving transformative,” he said. “For example, we find that clients no longer see India as purely an outsourcing region, but as an innovation region built on highly talented people.”

Mr. Sheffield envisages his firm opening a few more offices, to complement the 10 international offices in the group. “Building an international business is not for the faint-hearted,” he said. “It’s hard work, demanding lots of sacrifices personally and professionally. Some firms opt to join a network to extend their global reach, but that’s not how we’ve developed our integrated global model. Instead, we’ve grown our business organically over the years. I was initially warned off taking on the Americans in their own backyard, but we now do an enormous amount of work in the U.S. and have a highly respect brand in the region.”

“Of course, this means that there has to be a technology platform on which to build a global search database and to integrate teams,” Mr. Sheffield said. He pointed to a cloud-based platform from Invenias that gives consultants in the U.S., London and other parts of the world access to the same knowledge and data wherever they’re working or travelling to – “making us, as a company, more efficient and better at what we do.”

Adding Value in the Future

With his focus on relevance, where does Mr. Sheffield see the value of executive search firms in the years ahead? “One of the holy grails in our industry is our access to senior decision makers and the networks we have with them,” he said. “Firms like ours can provide them with more tailored and relevant solutions by really getting to know their business strategy and helping them create a competitive advantage.”

And though technology is an important enabler in all of this, everyone has access to platforms such as LinkedIn and newsfeeds like Bloomberg. “As a specialist firm with global reach, we saw early on that it’s not who you know, but how well you know people that’s important to finding and securing the right talent,” said Mr. Sheffield.

The executive search industry also needs to revisit its approach to managing and developing its own people in the future, according to Mr. Sheffield. “I think there are opportunities to improve the way in which firms incentivize and compensate their people, especially in the U.S.,” he said.

“Being paid a proportion of what you bill as a search consultant is the typical model, but a small number of firms, including our own, have moved towards a more balanced approach,” Mr. Sheffield said.

A performance scorecard, for example, might recognize a person’s contribution beyond just their billing capacity. “This could include recognition for the quality of services provided to a client or the internal development of talent, which in turn makes an impact on the value given to clients,” he said

Mr. Sheffield insists that despite the political upheaval in Europe because of Brexit, London will continue to be a magnet for executive talent. “The executive search sector will keep growing as client organizations look to future proof their businesses by bringing on board leaders in areas such as digital and smart technology,” he said. “These are structural changes facing every company, rather than as a result of a cyclical economy, and our clients have to think about what the profile of future leaders look like, irrespective of the political climate.”

Here’s How Data Privacy Laws Will Impact Global Search Firms
The European Union’s data privacy law, GDPR, went into effect last year. Executive search firms are concerned they may be subject to fines for lack of compliance. Anthony Harling, co-founder of Not Actively Looking, examines the law, how it will affect recruiting firms and what they can do to protect themselves from impending fines.

“In the end, executive search is a people business – our own people and the leaders we’re recruiting for our clients,” Mr. Sheffield added. “My ambition for Sheffield Haworth is to continue to attract and develop the right people to position us as the leading multi-sector global talent consulting company. The onus is on us to use the new technology available to tap into diverse information sources that inform our decisions and enable us to offer a relevant, insightful services to our clients.”

Invenias said that Mr. Sheffield’s ambition seems to align closely with his clients’ – to continue to prosper by bringing together the right talent and technology in a way that “future proofs” the business and creates opportunities for growth.

Mr. Sheffield also responded to a handful of quick questions Invenias had about his career.