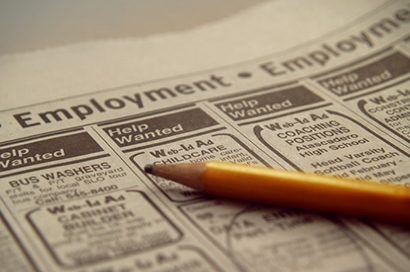 February 1, 2019 – Employers added 304,000 jobs last month as the U.S. unemployment rate rose slightly to 4.0 percent, according to the most recent U.S. Bureau of Labor Statistics report released this morning. Wall Street analysts had expected an increase of about 165,000. The January gain is the 100th consecutive month of job growth. The number of unemployed people currently stands at 6.5 million.

“During the time it takes to get the postponed economic indicators back on schedule and allow greater confidence gauging economic strength, the Fed will continue to lean heavily on the performance of the labor market,” said Sam Bullard, managing director and senior economist for Wells Fargo Securities.

Mark HuYoung, managing partner of NorthWind Partners, said: “Unmitigated U.S. job growth for the past 32 quarters is an amazing byproduct of this strong economic cycle we’ve enjoyed, and, barring any number of factors that most of us have no real control over, such as a market decline, reverse quantitative easing effects, downward shifts in government spend & trade, national security threats, etc., I don’t see unemployment taking a major step backward,” he said.

“Although I laud the overall growth and prosperity of the labor market, it has caused a tremendously disproportionate fulcrum in supply vs demand in the private equity arena where NorthWind has a significant footprint and it’s likely the same challenge my peers are finding across many sectors.”

“We see a great number of firms that are compelled to fight the hyper-competition for deal-proven portfolio company leadership, middle management, and skilled labor with their wallets but, for those who aren’t engaging in the bidding war, and succeeding, it is largely because they’ve developed investment optimization playbooks to attract talent that are more comprehensive than during the crest of previous economic cycles,” Mr. HuYoung said. “We are finding smart C-suite leaders largely prefer to work with sponsors who have a demonstrable track-record of creating value through operational improvement and strategic platform enhancement than being granted a large remunerative package and no resourcing to fix a company that is way behind schedule on aligning with a deal thesis.”

“Even with financial market jitters and what has become an increasingly vitriolic and zero accomplishment political front, we see the employment markets – at least through the lens of our search practice and our verticals, being relatively stable to actually quite strong,” said Brian Clarke, founder and managing partner at Kensington International.

“Large cap clients/companies are continuing to both invest in and upgrade talent in key positions (especially those directly impacting the bottom line) and our PE practice – especially in industrial and healthcare services – is picking up right we’re it left off in 2018 – very strong. Overall, we do not see the markets slowing really and remain bullish,” he said.

“The number of applicants for unemployment rose last week and it is the highest it’s been since 9/2017, but still low so most workers are enjoying job stability,” said Margaret-Ann Cole, president of Crenshaw Associates. “At this point, our business reflects that stability.”

“There haven’t been huge layoffs and we continue to see companies searching for the right talent especially at the senior executive level,” she noyted. “I don’t think we have seen the full extent of the impact of the recent government shutdown on private sector.”

“Unemployment and labor participation rates are projected to decline in 2019 into 2020, said John Uprichard, CEO of Find Great People. “Regardless of a shift in the economy, the demand for critical and specialized skill sets will be much greater than the availability of talent. This is going to force organizations to diversify their recruitment strategies, and look at candidates through the same lens in which they look at customers.”

“As specialists in the life sciences and healthcare industry, the demand for executive level talent far outweighing the supply,” said Robert Hennessy, CEO of The Hennessy Group. “The unemployment rate in the life sciences industry is at a historic low and those companies slow to realize and accept this new reality must now play catch-up as the talent train leaves them behind.”

For some companies trying to develop new therapies, he added, “launch new products, and/or expand into new markets ahead of competitors, their lack of awareness in the labor and talent markets may cause irreparable damage to their companies. The problem is more acute in certain geographic biopharma hubs. Companies have been stealing from one another in areas like Boston and San Francisco. The more progressive companies which need new leaders to support their growth are being more flexible with virtual offices, satellite offices, compensation and sign-on bonuses.”

“Many Americans pursue a career with the government because it provides job security, but as today’s numbers show, with the recent five-week long shutdown, more workers are turning to the gig economy to pay their bills on time,” said Rebecca Henderson, CEO of Randstad Sourceright.

“As the possibility of another government shutdown approaches, some of these workers may find that they prefer the flexibility the gig economy provides,” she added. “And for employers facing the tightest labor market in years, the rise in white collar gig workers can help fill gaps in their workforce.”