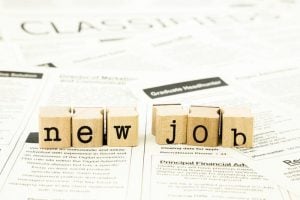 October 4, 2016 – Confidence in the job market has fallen among HR professionals compared with a year ago, even though many human resource professionals reported that their organizations’ financial health was strong and few expected job cuts in the latter half of 2016, according to the newest ‘Jobs Outlook Survey’ (JOS) by the Society for Human Resource Management (SHRM).

The JOS results for the second half of 2016 show that hiring activity will be steady throughout the end of the year, and compensation rates should increase for several job categories. Among the survey’s highlights:

SHRM’s JOS report is based on an annual survey of public- and private-sector human resource professionals who have a direct role in the staffing decisions at their companies. The report examines hiring and compensation trends across a 12-month spectrum, as well as financial conditions at organizations in several U.S. business sectors. Respondents come from small, medium and large companies from around the U.S. and belong to a variety of for-profit, non-profit and government entities.

Hiring activity was strong in the first half of 2016, according to the JOS results. Among all HR professionals surveyed, more than two out of five (43 percent) said their companies created jobs in the January-to-June timeframe. Forty one percent of organizations maintained staffing levels, and another 16 percent  conducted layoffs in the first half of 2016.

Employers that kept staffing levels flat or eliminated jobs in the first half of 2016 pointed to a variety of reasons for not expanding their payrolls. Nearly two out of five (39 percent) HR professionals at publicly owned for-profit companies cited “economic uncertainty / volatility.” Many employers are also learning to do more with less, according to the SHRM survey.

Looking Ahead: Remainder of 2016

For the remainder of 2016, a combined 13 percent of HR professionals had concerns about the job market and anticipated job cuts in the U.S. labor force (11 percent were somewhat pessimistic and expected job losses, two percent were very pessimistic). That is up slightly from a combined level of 10 percent in the second half of 2015. Another 29 percent of respondents were neither optimistic nor pessimistic about job growth.

HR professionals’ decreased levels of faith in the labor market are perhaps reflective of lower rates of job growth in 2016 compared with a year ago. From January to July 2016, an average of 186,000 jobs were added to the labor force each month, according to preliminary data from the U.S. Bureau of Labor Statistics. That is down from an average of 228,428 per month from that same period in 2015, although most economists and labor market observers agree that the current rate of job growth is strong enough to keep unemployment rates low and stay on pace with increases in labor force population.

Meanwhile, economic activity on a broader scale has been tepid at best through most of 2016. Following an anemic first quarter, when the nation’s gross domestic product (GDP) expanded by just 0.8 percent, GDP grew by only 1.1 percent in the second quarter of 2016, according to a second estimate by the U.S. Bureau of Economic Analysis.

On the positive side, consumer spending remains healthy, and that may be why many HR professionals say business conditions at their organizations are very strong at the moment, according to the JOS results. More than four out of five HR professionals (83 percent) had positive views of their organizations’ financial health (51 percent classified it as “good,” and 32 percent called it “excellent”).

Most organizations will maintain or raise the level of variable pay (bonuses, commissions, awards, etc.) during the second half of 2016. More than seven out of 10 (71 percent) HR professionals said variable pay would remain the same during the July-to-December timeframe, and another 18 percent said it would increase. However, fewer employers will increase overtime hours in the second half of 2016 compared with those that did in the first half (18 percent compared with 28 percent).

Looking ahead for hiring, 37 percent of HR professionals said their organizations expected to grow payrolls during the second half of 2016, according to the JOS results. Among employer size categories, the largest entities (those with 10,000 or more employees) were the least likely to add jobs (24 percent) during the July-to-December timeframe.

Hiring was expected to be broad-based in terms of positions’ categories. Small businesses (those with one to 99 employees) were the most likely (50 percent) to add completely new positions among their hires in the second half of 2016. Employers of all sizes and sectors were also expected to conduct replacement hiring (due to turnover, layoffs or restructuring, for example) and replacement hiring with new duties for those positions.

Only seven percent of respondents said their organizations would conduct layoffs during the second half of 2016, unchanged from the second half of 2015. The largest employers, or those with 10,000 or more employees, were the most likely (16 percent) to cut jobs in the July-to-December timeframe. The smallest employers, or those with one to 99 employees, were the least likely (three percent) to conduct layoffs in the latter half of 2016.

HR professionals also expect base pay to rise in the second half of 2016 for a variety of job categories at their organizations. More than half (51 percent) of government respondents surveyed, for example, said compensation would increase for salaried individual contributors / professionals, a job category that includes analysts, nurses, engineers and other high skill positions. Very few respondents in any category indicated they would decrease compensation during the July-to-December timeframe.

A separate Korn Ferry Hay Group ‘Salary Forecast study’ found recently that workers are expected to see wage increases of 2.5 percent, the highest in three years. “This year’s global salary forecast shows that for the majority of countries real wage increases are set to be the highest in three years,” said Philip Spriet, global managing director for productized services at Hay Group. “Differing macro-economic conditions means there are stark variations globally, but overall decent pay increases, coupled with extremely low (and in some cases, zero) inflation, mean that the outlook is positive for workers.”

ADP’s recent ‘Workforce Vitality Report’ found that the U.S. labor market maintained its trend of growth in wages in the second quarter, however at a slower pace. Gains in the second quarter were driven by growth in hours worked and employment. Wage growth for full time workers varied across industries during the past four quarters.

Willis Towers Watson found that pay raises for U.S. employees are expected to hold steady at three percent in 2017. The survey also found that employers will continue to reward their best performers with significantly larger pay raises as they look for ways to retain their top talent and strengthen existing pay-for-performance cultures.