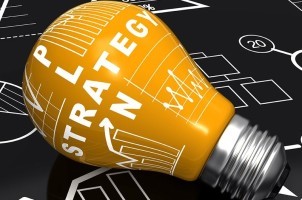 Ms. Broader is an executive with over 25 years of experience leading global and regional retail businesses, including Walmart, Michael’s Stores, and several banners with Delhaize Group. She most recently served as president and CEO of Walmart’s EMEA region, where she was responsible for retail operations and business development across Europe, the Middle East, Sub-Saharan Africa and Canada, leading 1,345 retail units and more than 285,000 associates. Previously she served as president and CEO of Walmart Canada, chief merchandising officer for Walmart Canada, and senior vice president for Sam’s Club, Walmart’s membership-warehouse format in the U.S.

“She brings a remarkable track record, with a global perspective and a keen understanding of how to engage consumers and partner with suppliers to drive profitable growth in a competitive retail environment,” said David Walker, Chico’s board chair.

“The company conducted an extensive CEO search and interviewed a number of highly qualified candidates,” he said. “Shelley distinguished herself as our top choice, having the extensive retail industry expertise, leadership skills and appreciation for superior service that we believe will take Chico’s FAS and each of our brands into our next phase of growth and value creation.”

Retailers now face major shifts in the workplace that require transformational CEOs who are innovative leaders with a world view. According to Herbert Mines, 31 percent of incoming retail CEO’s are, indeed, focused on international expansion as a key strategic priority, making that global mindset a competitive differentiator.

Chico’s FAS, through its brands – Chico’s, White House | Black Market, Soma, and Boston Proper, is an omni-channel retailer of women’s private branded, sophisticated, casual-to-dressy clothing, intimates, accessories, and other non-clothing items. As of August, the company operated 1,548 stores in the U.S. and Canada and sold merchandise through franchise locations in Mexico.

The New York-based search firm recently placed R. Shawn Neville as CEO of footwear company Aerosoles and has been retained by retailer Tuesday Morning Corp. to lead its search for a new CEO.

Check Out These Related Articles on Herbert Mines: