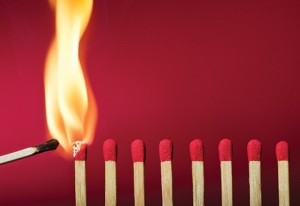 October 2, 2015 – New York-based executive search firm Herbert Mines Associates has been retained by retailer Tuesday Morning Corp. to lead its search for a chief executive officer. Current CEO Michael Rouleau is retiring from his position and stepping down from the company’s board of directors, effective immediately. The company has created a new office of the chairman that will be led by board chairman Steven Becker to oversee initiatives until a new CEO is named.

The change in leadership comes shortly after the company reported fourth quarter and fiscal year 2015 results that fell well short of analysts’ expectations. When Mr. Rouleau assumed the interim CEO post in March 2013 he became the fourth CEO to take over the position in a little over a year. Herbert Mines will identify and evaluate both internal and external CEO candidates.

In today’s competitive market, retailers face major shifts in the workplace that require transformational CEOs who are innovative leaders with a world view.  According to Herbert Mines, 31 percent of incoming retail CEO’s are, indeed, focused on international expansion as a key strategic priority, making that global mindset a competitive differentiator.

Tuesday Morning is a leading off-price retailer specializing in selling deeply discounted, upscale decorative home accessories, housewares, seasonal goods and famous-maker gifts. Based in Dallas, the company opened its doors in 1974 and currently operates over 750 stores in 41 states.