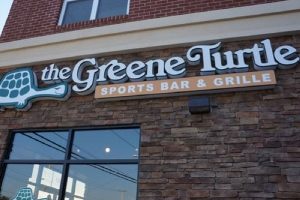 June 3, 2019 – After suffering a massive hit during the Great Recession, employment and hiring within the travel, restaurant, hotel and hospitality industry continue to rebound. Last year, according to one set of survey metrics, the industry added more than 527,000 jobs (2.6 million since 2004).

Overall, the industry is estimated to generate an economic impact of $6.5 trillion worldwide this year. In the U.S. alone, the $1.5 trillion industry accounts for nearly eight million jobs – more than five percent of the total jobs nationwide. This has created a massive uptick of hiring within the sector.

Recently, New York-based executive recruiter Herbert Mines Associates placed former Famous Dave’s chief operating officer Geovannie Concepcion as the new president and CEO of the Greene Turtle Sports Bar & Grille. He takes over from Bob Barry, who after many years is stepping down from that role but will remain a shareholder in the company. The Columbia, MD-based casual-dining brand said it can benefit from Mr. Concepcion’s insights and experience.

During his time with Famous Dave’s, Mr. Concepcion oversaw company and franchise operations, marketing, IT, culinary, franchise sales and training. He compiled a strong record overseeing initiatives in many areas of which the Greene Turtle is now focused. Under his leadership, same-store sales at company-owned stores grew for six consecutive quarters, among other achievements.

The Greene Turtle’s board said its members are confident that Mr. Concepcion will put the chain on a clear and steady path to growth and success. “We are very excited about how the Greene Turtle can benefit from Geo’s insights and experience,” the board said. “His track record will prove incredibly valuable.”

The Greene Turtle started in 1976 on the boardwalk in Ocean City, MD. Today the Turtle has grown to 44 locations in Maryland, Delaware, New Jersey, New York, Pennsylvania, Virginia and West Virginia.

“I’m proud to have the opportunity to steer the Greene Turtle to the next stage in its evolution,” said Mr. Concepcion. “This is a brand that has enjoyed widespread recognition and allegiance across generations of families, friends and sports fans for more than 40 years.”

Hunt Scanlon Media would like to hear from readers who want to share messages and materials with our journalists. If you have insightful news that might be of interest to us, connect with us today.

A report by Herbert Mines also found that some 31 percent of incoming CEOs within the sector are focused on international expansion as a key strategic priority, making that global mindset a competitive differentiator when searching for new leaders.

“Retail is not dying but it is changing form,” Mr. Reiter said in a report on the retail sector. “We are excited to see that many online retailers continue to open physical locations, expanding from a pure play model to an omni-channel play.”

Many digitally native companies recognize that brick and mortar locations are where customers can immerse in brand culture, and the in-store atmosphere has proven to be a key differentiator for brands to create lasting impressions and returning customers, he said. “With traditional brands and digital-first retailers converging, the true omni-channel strategy will win. Despite the transformation retail and consumer has seen since 1978, we are proud of our ongoing commitment to quality and our role as partners and thought leaders within the space.”

Check Out These Related Articles On Searches For Restaurants: