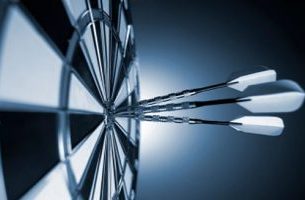 Dr. Jackson’s career includes 35-years as a teacher and administrator at Stanford University and the University of Southern California (USC). At Stanford University, he held the position of dean of students before leaving to become vice president for student affairs and professor of higher education at USC. Throughout his career, Dr. Jackson has received numerous awards for his service.

During his tenure at USC, Dr. Jackson led a staff of 300 employees and 400 students. His department had an annual operating budget of over $30 million. He also led a number of fund raising drives to improve the quality of life for students at USC.

“I am very pleased to be passing the baton to Michael. He has the perfect qualifications and background to lead the club’s growth going forward,” said Ms. Ferraro. “I couldn’t be happier with the board’s selection.”

Dr. Jackson said: “I am returning home where my life was changed for the better and I want to do the same for other boys and girls in Monterey County. I am excited to give back to an organization that gave me so much. I am committed to building upon the foundation that Donna has built and expand the platform on which Monterey County youth can build great futures.”

Just recently, Harvard Group was retained by the Christopher & Dana Reeve Foundation to recruit six new board members. “We are ecstatic that the Christopher & Dana Reeve Foundation has chosen to partner with HGI for this critical project,” said Mr. Cain, who is leading the searches. “This is an amazing time in the history of the foundation. We will be looking for high performing executives that will provide leadership, strategic direction, and dedication to expand the exposure of the Reeve Foundation in its mission to cure spinal cord injuries and improve the quality of life for people living with paralysis.”