Menu
View our Events
Stay Connected:
Employees are ranking respect and fair treatment in the workplace among their top priorities in choosing where they work, according to a new report. Expectations for merit increases are also growing. Let’s take a closer look at the newly released data and see who’s in charge, and why, according to StevenDouglas president Matt Shore. 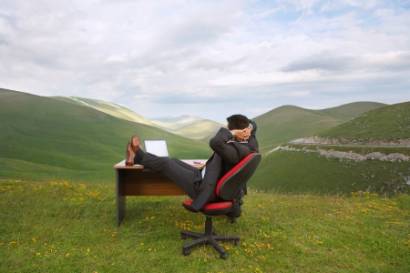 September 29, 2017 – Employees feel more confident than ever in the business environment and in their ability to get a new job, giving them the upper hand in the labor market, according to CEB, a talent management advisory firm recently acquired by Gartner Inc.

New data from the latest CEB Global Talent Monitor report showed that global employee confidence in the economy reached 53.8 – its highest peak since the first quarter of 2014 – while global job perceptions increased 1.2 percent globally. In fact, European employees’ confidence in their personal job prospects hit a six-year high in the second quarter of 2017.

Workers’ belief in their ability to secure new jobs, however, has failed to translate into more consistent active job seeking across the globe. Overall, employees are working harder and staying longer in their current roles. Though a recent report by ENGAGE Talent offered up some surprising tenure and job level analytics in its latest report. Discretionary effort – employees going above and beyond – increased in every region during the second quarter of this year, with the exception of Asia, which remained flat. Likewise, intent to stay also increased, particularly in North America, which saw an almost 4.5 percentage point increase in employees who plan to remain with their employer.

While employees might be more committed to staying put, and even working harder, they are not completely satisfied. Workers are more focused than ever on respect in the workplace and ensuring that they are treated fairly and respectfully by their employer. Respect, in fact, has moved up on the list of attributes potential candidates consider when evaluating an employer. It now ranks as one of the top five.

“Respect has been increasing in importance to employees, and now almost one-third of employees think about respect when considering an employer,” said Brian Kropp, HR practice leader at Gartner. “Employees want to know how they, and their colleagues, are going to be treated by their employer. Given the very tight labor market – one where employees feel they are in control – workers will seek out new jobs if they feel disrespected in the workplace.”

Employee expectations around merit increases are also changing going into 2018, said the report. For the first time in several years, there has been a significant increase – almost one percentage point globally – in the expected annual raise year-on-year. This time last year, employees expected to hit almost three percent for their annual increase; now the expectation is a nearly four percent merit increase for 2018.

Organizations need talented employees to drive strategy and achieve goals, but with an improving economy finding and recruiting the right people is becoming more difficult, said the report. While the severity of the issue varies among organizations, industries and geographies, it’s clear that the changing global economy has created a demand for new jobs, new skills and new capabilities – and organizations are scrambling to find the best workers to fill these positions ….. Here’s some further reading from Hunt Scanlon Media.

In a tight labor market, where employees seemingly feel they have an advantage, employers must take several key actions to address the needs of their staff, avoid costly attrition and retain top talent, according to CEB Global Talent Monitor. When it comes to employees’ desire for respect, the report said, the best companies focus on:

To avoid an unpleasant experience at annual review time, employers should:

“Based on what we are seeing in the market, I agree with the majority of the findings of this report,” said Matt Shore, president of executive search firm StevenDouglas, which is based in Fort Lauderdale. “Overall, I would portray this as a candidate-driven market, and our experience overall with candidates is that they feel more in control of their own destiny. The issue is not whether professionals will consider other opportunities, as they will take the calls and they will take the interviews,” he said.

“The bigger issue is getting them to ultimately accept the job and turn down the counter-offer. In a market where passive job seekers and inactive candidates are receiving significant amounts of unsolicited calls and private in-mails regarding great opportunities every week, the general feeling is that they are sought-after and that they can pick and choose which opportunities they pursue.”

In 2017, noted Mr. Shore, “we have encountered an inordinate amount of situations where candidates are receiving multiple competitive offers and leveraging companies against each other.” He added: “In these situations there can only be one winner and many times it is their current employer as the counter-offers are flying again because employers realize how difficult and how expensive it is to replace key individuals.”

He said he has actually had companies and private equity firms hire the firm this year after having three turn downs on the same role where it is seemingly a great opportunity, a solid company and paying appropriate market compensation for the role. “In this environment, employees with high-demand skill sets have a myriad of options, so they are setting the rules and feel confident turning down job offers as they know their phones will keep ringing and they will keep getting LinkedIn inquiries,” he said.

What Do Employees Want?

“I agree with the Gartner findings that employees want to be treated with respect and people today are more likely to pursue other employment if they are not treated properly or fairly,” Mr. Shore said. “I would add, however, that it seems that they expect that as a starting point and so much more. We are finding that culture matters more than ever and people are not only looking to be respected, but they are looking for a supportive and encouraging environment where they can learn, grow and thrive.”

People want to be excited about the company and people they work for and they want to know that the work they are doing makes a difference and understand how it fits into the bigger picture, he said. “If a potential employer cannot inspire a prospect about the culture, people, environment and opportunities that lie ahead, they are very likely going to have a turn down even if they put forward a great offer. What makes the market even more challenging is that these same prospects are not willing to give up money and perks to get all these other intangible things.”

Base compensation, bonus opportunity, long-term incentives, comprehensive and competitive benefits are all areas where an offer can fall flat in this market, even if the candidate is inspired about the opportunity short and long term. “In the end, if you come to the table with all those things, you still have to compete with the other offers that may be forthcoming and the employer that is not going to want to lose them and will do whatever it takes to keep them. I don’t want to sound too dramatic with all of this, but we are seeing more turn-downs than ever in our 33-year history and we are investing more time upfront educating our clients on how important it is to run an inspiring process, be decisive and move quickly, and to be prepared to give a great offer if they want to win the best talent,” he said.