Menu
View our Events
Stay Connected:
Economic growth should continue, but at a slower rate, according to the latest Business Roundtable CEO survey. One key metric: CEO plans for hiring jumped to its highest reading in more than six years. 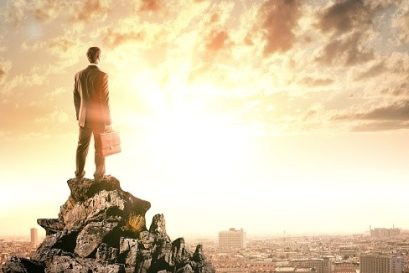 The Outlook Index, a composite of CEO projections for sales and plans for capital spending and hiring over the next six months, fell to 111.1 in the second quarter, declining 7.5 points from 118.6 in the first quarter. While this is the first time the index has declined in nearly two years, it remains well above its historical average of 81.2 for the sixth straight quarter. This signals a continued positive direction for the U.S. economy despite modest declines in all three components of the index. The new survey also showed a CEO projection of 2.7 percent U.S. GDP growth in 2018, a small decrease from the 2.8 percent projection last quarter.

“For the sixth straight quarter, business leaders are expressing historically strong optimism about our economy – and that’s delivering more jobs and increased wages to millions of Americans,” said Jamie Dimon, chairman and chief executive officer of JPMorgan Chase & Co. and chairman of Business Roundtable. “To sustain this momentum, we need to ensure that we have competitive trade policies in place to provide the certainty necessary to deliver sustainable economic growth to create more opportunities for workers and families nationwide.”

Joshua Bolten, Business Roundtable president and CEO, said the survey continued to show strong CEO plans in the second quarter of 2018, but uncertainties about trade policy are a growing weight on economic progress, especially with escalating trade tensions. “America’s current and future economic vitality depends on productive talks with China and a successful modernization of NAFTA,” he said. “Business Roundtable will continue to be a constructive partner for the Administration and a strong advocate for policies that support new jobs, investments and economic growth in America through free and fair trade.”

The Business Roundtable CEO Economic Outlook Index – a composite index of CEO plans for the next six months of sales, capital spending and employment – decreased from 118.6 in the first quarter of 2018 to 111.1 in the second quarter of 2018.

The Business Roundtable CEO Economic Outlook Survey, conducted quarterly since the fourth quarter of 2002, is designed to provide a picture of the future direction of the U.S. economy by asking CEOs to report their plans for their company’s sales, capex and employment in the next six months.

All signs point to positivity in regards to the economy. Employers added 223,000 jobs last month as the U.S. unemployment rate dropped to an 18-year low of 3.8 percent, according to the most recent U.S. Bureau of Labor Statistics report. The May gain is the 92nd consecutive month of job growth.

The overall recent surge of job gains may reflect, in part, confidence among some businesses that the Trump administration’s tax cuts will accelerate growth, despite a growing roster of economic experts who disagree with that assumption. Consumers are also benefiting from higher after-tax income, which grew last month at the fastest pace in a year, aided by the tax cuts. Some envision the unemployment rate dropping as low as 3.5 percent by the end of the year.

CEO Confidence Continues to Rise
The Conference Board’s latest measure of CEO confidence, which rebounded in the fourth quarter of 2017, made further gains in the first quarter of 2018. The measure now reads 65, up from 63 in the last quarter of 2017. A reading of more than 50 points reflects more positive than negative responses.

Mr. Scott said that executives who sell in the commercial sector often have difficulty making the transition into federal contracting. One major reason is that the sales cycles are long and it is harder to control outcomes. “Unlike in the commercial sector, you can’t just go into a customer to close the deal,” he said. “The reason we are in this sector is basic supply and demand. As more companies and investors enter into federal contracting that does not increase the pool of talent. Thus, the demand is outpacing the talent, which is good for an executive search firm that specializes in this sector.”

Shawn Baker, president of Rochester, NY-headquartered executive recruiting firm Cochran, Cochran & Yale, said that the economy is currently quite strong, compared to recent years. “As a result, organizations have the ability to compensate employees generously – which has led to a talent gap in the candidate market,” he said.

“Vacant key roles are remaining unfilled, as it has become increasingly difficult to attract external candidates to apply for openings,” said Mr. Baker. “Compensation has become a major issue for many employers, given the current economic climate and competitive market. Accordingly, we’re advising our clients to focus their efforts on the training and development of their staff, preparing for both immediate pipelining and long-term succession planning needs.”

Related: A New Look at How Jobs are Created, Found, Applied for and Won