Menu
View our Events
Stay Connected:
Contingent workers have become a force to be reckoned with, says a report by Staffing Industry Analysts. In 2018, U.S. revenue from the gig economy reached $1.3 trillion and involved 53 million workers. Search industry experts address the ramifications. John Thacker, a partner with Beecher Reagan Advisors, weighs in on the gig economy’s impact on recruiters. 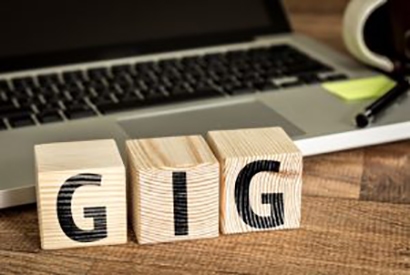 July 18, 2019 – Working nine to five for a single employer bears little resemblance to the way a substantial share of the workforce makes a living today. Millions of people pull together various income streams and work independently, rather than in structured payroll jobs. This is hardly a new phenomenon, yet it has never been well measured in official statistics — and the resulting data gaps have prevented a clear view of a large share of labor-market activity.

U.S. revenue in the gig economy totaled $1.3 trillion last year and it included 53 million workers, according to a recent report by Staffing Industry Analysts (SIA) entitled “The U.S. Gig Economy.” Its results are based on an SIA survey as well as data from the U.S. Census Bureau, the U.S. Bureau of Labor Statistics and other research.

“This latest study reveals the size and breadth of the gig economy, and illustrates its impact as an important part of the U.S. labor market,” said Barry Asin, president of SIA.

Often media reports list the gig economy as only electronically mediated work, such as workers using Upwork or Uber. SIA, however, included all contingent workers in its definition of the gig economy, and the report divided the gig workforce into five categories:

“By our definition, a contingent worker is anyone earning money by performing work that has a limited tenure from the client’s perspective, whether a summer intern or an outside consultant brought in for a project,” said Mr. Asin. “SIA treats the gig economy as synonymous with contingent work, as we see no reason to limit the concept of a ‘gig’ solely to transactions mediated online.”

Companies Expect Gig Economy to Grow Fast Over Next Five Years
Market disruption and talent shortages require new ways of thinking about your workforce. Because of their many advantages, semi-permanent gig talent pools are now the norm. But managing them can be a challenge.

Of the 53 million workers, 10.1 million were assigned as temporary workers by staffing firms, and 7.9 million were human cloud workers, according to the report.

Flexibility is the biggest draw to contingent work, said SIA. “Allowing flexible working arrangements and being more open to people working from home instead of being required to report to an office,” said Stacy Pursell, CEO of executive search firm the Pursell Group. She pointed to a past study that showed workers who work from home are more productive than those who report to the employer’s office.

“I’ve seen employers who require someone to work out of their office who are desperate to fill a position and are having a difficult time getting someone to relocate to work where their office is located,” she said. “There are perfectly qualified candidates who are interested in the open position but are simply not able to relocate to the city where the employer’s office is located. Then that employer will miss out on a capable individual and it all comes down to geography.”

Other Recruiting Experts Weigh In

All companies of all sizes use gig workers, said Jeff McMahon, managing director at North Highland. “That’s not new,” he said. “What is changing is the fact that a sizable, semi-permanent gig workforce is becoming the norm. As companies master the art of onboarding and integrating gig workers, they are discovering that the greater flexibility and lower costs more than offset the increased risk and burden on management. That’s a big reason why more than six in 10 respondents see their companies making greater use of the gig workforce over the next five years.”

Jonas Prising, chairman and chief executive officer of ManpowerGroup, said that the gap between the skills people have and those employers need is widening, polarizing workforces and populations around the world. “Companies have to find talent from new sources and do more to develop and keep their people engaged,” he said. “At the same time, what people want is changing. They are working longer, learning more and seeking a better balance between work and home.”

John Thacker, partner at Beecher Reagan Advisors, said that the gig economy has created opportunities for individual consultants to pursue independent project work, providing them with a more flexible work schedule. “In addition, digital platforms have emerged enabling a virtual marketplace for consultants to select project work without having to source or sell that work,” he said.

“Many more consultants today, particularly in the middle of the pyramid (manager, senior manager equivalents), are electing to work independently,” said Mr. Thacker. “A gap in the middle of the pyramid is not a new phenomenon, but this gap will widen as a result of the gig economy. This will make it very challenging for consulting partners to effectively plan for and efficiently staff their projects.”

Mr. Thacker said that 20 percent more search consultants elect to work independently today than they did just five years ago, creating a larger gap in the “middle of the pyramid” for consulting firms. “The short-term impact for consulting firms is the potential loss of project work and revenue to independent workers,” he said. “Some firms have already begun to address this by building communities of independent workers whom the firms can leverage for project work. However, we feel the long-term impact of the gig economy will be much more significant.”

“If more consultants continue to leave traditional consulting firms, the gap in the middle of the pyramid will manifest into a gap at the partner level, or the top of the pyramid,” said Mr. Thacker. “This will create free agency at the partner level and we expect to see more movement of partners from one consulting firm to another. It will be increasingly important for consulting firms to have trusted executive search partners, who are well networked and educated on the consulting market, to help them navigate this change.”

When asked if there is anything that can be done to help prepare senior leaders for managing temporary or gig talent, Mr. Thacker said that leaders must understand their employment brand and move from a time and material business to an outcome-based model. “This will alleviate the pressure to have the perfect pyramid,” he said. “Lastly, they should embrace free agency and look to adapt to a world where W-2 employees and contractor labor have more currency. It may seem daunting but if you do the above, you will win.”

Check Out These Related Articles on the Gig Economy: