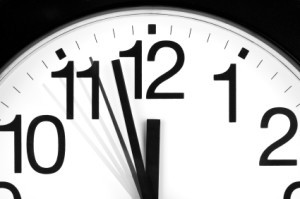 July 24, 2015 – The time required for a candidate to progress through the hiring process has increased dramatically in recent years, according to a new talent report from Glassdoor Economic Research titled “Why Is Hiring Taking Longer?”

“But as a result of that more sophisticated methodology, these search providers might be extending the recruiting process where time is often a critical factor for a client company seeking a must-have executive without delay,” said Mr. Scanlon. “There’s nothing worse than delaying a corporate search committee that is eagerly waiting to name its next functional leader or chief executive officer.”

Egon Zehnder, the pioneer in the leadership audit and assessment field, uses a less demanding system of tests and tools, relying instead on an innovative model that focuses on leadership ‘potential.’ The firm says that many other methods used to select and develop talent have not kept pace with the changing requirements for effective leadership. Zehnder is another firm that Hunt Scanlon reviews in its forthcoming state of the industry report.

Mr. Scanlon said this is all about bringing science and data into the business of evaluating and quantifying people and their skills. “The larger executive search players seem to be using science-based methodologies as a way to differentiate themselves from their boutique specialist rivals,” said Mr. Scanlon. “The jury is still out on that one.”

Hunt Scanlon data reveals that most search firms used to report that it took 100 days on average to complete an assignment, with some exceptions based on the difficulty of the position specification. “That promise is gone now,” said Mr. Scanlon. “We are now seeing searches taking upwards of double that time. It could be tied to individual recruiters taking on too much work, but we think it is more likely the result of testing and assessments and fit evaluations gone amuck.”

For those candidates in the U.S. and Canada about to embark on a search, the average interview process, according to Glassdoor, now takes about 23 days, up from 13 days in 2010. French job candidates report the longest duration at 32 days, followed by Germany at 29 days, the U.K. at 28 days, and Australia at 27 days.

While there has been little change over the years in most interview techniques, job candidates report a rise in several types of employer screening techniques. In the U.S., candidate background checks increased from 25 percent in 2010 to a whopping 42 percent today. You can thank the rise in social media sites for that one. Other hiring screening techniques that have become more common include skills tests (23 percent today vs 16 percent in 2010), drug tests (23 percent vs 13 percent) and personality tests (18 percent, up from 12 percent five years ago). Each of these additional employer “screens” added a statistically significant amount to average time required for candidates to go through the hiring process.

Jobs that take the longest for candidates to go through the hiring process were typically government, academic or senior executive positions. In the U.S., senior vice presidents report one of the longest processes (55.5 days). The shortest process is typically found among more routine, lower-skilled job titles.

“Right now hiring delays can represent money left on the table both for workers and employers. There has been surprisingly little research on ‘interview durations’ from the job seeker’s perspective, and how company HR policies influence delays in job matching throughout the economy,” said Dr. Andrew Chamberlain, Glassdoor chief economist. “This Glassdoor research report helps fill this gap by providing new insights about the time required for job matching from the individual job seeker’s perspective.”

Based on a sample of 344,250 interview reviews, the study spanned six countries and presents a statistical analysis of trends in hiring times based on a unique data source: interview reviews direct from job candidates who shared their experiences on Glassdoor. The report evaluated four key areas: average hiring process in the past year, changes over time, factors that have contributed to delays, and why changes occurred.