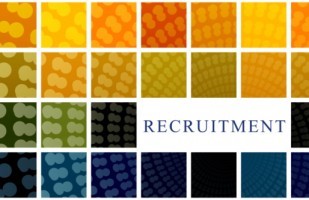 January 11, 2016 – The labor market continued to grow at a healthy pace in December as employers added 292,000 jobs and the U.S. unemployment rate remained at five percent, according to the most recent U.S. Bureau of Labor Statistics report. Currently there are 7.9 million people unemployed in the U.S. For the year, total job growth totaled 2.7 million, the second-best year for hiring since 1999.

The strong figures underscore the resilience of the U.S. economy at a time of financial turmoil stemming from China’s slowing economy and plummeting stock market, according to reports. Most economists expect U.S. consumer spending to continue to offset any drag from overseas weakness, though many foresee only modest U.S. growth.

Labor Secretary Thomas Perez said in an interview that the pace of hiring in 2015 lagged behind that of 2014 in part because of “global headwinds — the strong dollar and the fact that Europe and the rest of the world are not recovering as fast as we are. “

The past labor report for November saw 211,000 jobs added and the U.S. unemployment rate at that time also stood at five percent.

Employment in other major industries, including wholesale trade, retail trade, financial activities, and government, changed little over the month.

Heading into the new year, various reports have shown that employers plan to keep this momentum of hiring moving forward. The recently released annual hiring survey by DHI Group found that 61 percent of HR managers and corporate recruiters anticipate more hiring in the first half of 2016 as compared to the second half of 2015. In the next six months, 17 percent of companies surveyed plan to hire 30 percent or more professionals, up five percentage points from the prior year.

Job seekers also appear to be looking around for new employment. More than one in five employees (21 percent) say they will leave their current employers in 2016, a five percent increase since last year (16 percent), according to a survey by Harris Poll on behalf of CareerBuilder.

The recent ‘Employee Development Survey’ released by Saba and WorkplaceTrends.com shared similar results, finding that one third of U.S. and U.K. workforces plan to change jobs in the next six months.