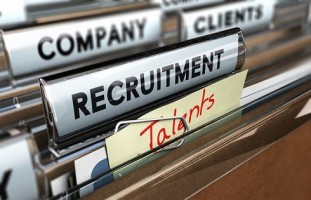 January 28, 2016 – The U.S. leads 12 major markets in unfilled jobs, with more than 25 percent of jobs left open after 60 days, according to ‘Labor Market Outlook 2016: Uncovering the Causes of Global Jobs Mismatch,’ released by Indeed. Germany and Canada followed at roughly 20 percent each.

“The mismatch between employers and job seekers is weighing on productivity, partially explaining a missing spark from the global recovery thus far,” said Indeed chief economist Tara Sinclair. “There is still time for these markets to hire workers and boost growth, but it will take increased wages along with skilled workers taking in-demand roles — two areas that have underperformed throughout the recovery.”

The percent of jobs open on Indeed after 60 days by country is revealing:

Talent shortages can take much of the blame for these positions remaining unfilled. The latest ‘Recruiter Nation Survey’ released by Jobvite found that 56 percent of recruiters cite the lack of available skilled talent as a key stumbling block in hiring. The report also found that 95 percent of recruiters anticipate equal or increased competition for talent over the next year.

ManpowerGroup’s recent ‘Talent Shortage Survey’ found similar results with 32 percent of U.S. employers reporting difficulties filling job vacancies due to talent shortages. Globally, the study found that the percentage of employers experiencing difficulties continues to rise, increasing from 36 percent in 2014 to 38 percent in 2015.

“Talent shortages are real and are not going away,” said Kip Wright, senior vice president for Manpower North America. “Despite impacts to competitiveness and productivity, our research shows fewer employers are trying to solve the problem through better talent strategies.”

As the struggle to find the right talent continues, and candidates with in-demand skills get the upper hand, employers will be under pressure to position themselves as ‘talent destinations’ to attract the best workers that will drive their business forward, said Mr. Wright.

The Manpower report asked why companies are struggling to fill certain jobs. Employers said it was due to lack of applicants (33 percent), lack of experience (19 percent), and lack of technical competencies or hard skills (17 percent). Technical competencies employers seek include industry-specific professional qualifications (seven percent) and trade certifications (seven percent).

From a global prospective, Manpower’s report found that hiring managers say the most severe talent shortage is in Japan (83 percent). Around two in three employers report difficulty filling jobs in both Peru (68 percent) and Hong Kong (65 percent), while talent shortages are an issue for 61 percent of employers in both Brazil and Romania.

Hiring times in the U.S., Canada, and in many major European markets and Australia are mushrooming, according to several new research reports. Adding time to the hiring clock is putting hiring plans in disarray, setting talent acquisition professionals off to conduct more of their own search work in an effort to reduce hiring cycle times. Hence the extraordinary growth in-house recruiting programs now underway around the globe, according to reports from Hunt Scanlon Media.

Glassdoor Economic Research, found that the time required for a candidate to progress through the hiring process has increased dramatically. For those candidates in the U.S. and Canada about to embark on a search, the average interview process, now takes about 23 days, up from 13 days in 2010. French job candidates report the longest duration at 32 days, followed by Germany at 29 days, the U.K. at 28 days, and Australia at 27 days. Glassdoor’s research reveals that hiring times in the U.S., Canada, and in many major European markets and Australia are growing as employer screening methods — including background checks, drug tests, and skills & personality assessments — are rising.