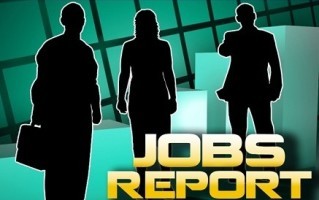 December 7, 2015 – The labor market grew at a healthy pace in November as employers added 211,000 jobs and the U.S. unemployment rate remained at five percent, according to the most recent U.S. Bureau of Labor Statistics report. Currently there are 7.9 million people unemployed in the U.S.

These numbers topped analyst expectations and may have turned the final key for the Federal Reserve to hike interest rates later this month. Wall Street had been expecting 200,000 new jobs and the unemployment rate to be unchanged. The labor market has added an average of 237,000 net new positions for the 12 months that ended Nov. 30.

“We have added more jobs over the past three years than in any three-year period since 2000, and wages are continuing to rise,” said Jason Furman, chairman of the president’s Council of Economic Advisers.

The past report for October saw 271,000 jobs added and the U.S. unemployment rate at that time also stood at five percent.

In November, job growth occurred in construction, professional and technical services, and healthcare. Employment in mining and information declined over the month.

Employment in construction rose by 46,000 in November, with much of the increase occurring in residential specialty trade contractors (+26,000). Over the past year, construction employment has grown by 259,000.

Employment in food services and drinking places continued to trend up in November (+32,000) and has risen by 374,000 over the year.

The information sector lost 12,000 jobs over the month. Within the industry, employment in motion pictures and sound recording decreased by 13,000 in November but has shown little net change over the year.

Employment in other major industries, including manufacturing, wholesale trade, transportation and warehousing, financial activities, and government, changed little over the month.

“Payroll gains were modest despite continued weakness in manufacturing and the energy sectors, suggesting little spillover into the rest of the economy,” said Samuel Coffin, an economist at UBS.

Other employment reports are also positive. Manpower’s latest ‘Employment Outlook Survey’ reported that U.S. employers are predicting their strongest hiring since 2007. A Bloomberg BNA survey on hiring projections and job security trends found that employment trends are pointing to an expanding workforce.