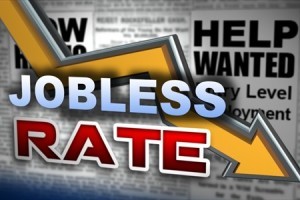 November 9, 2015 – The labor market bounced back in October as employers added 271,000 jobs and the U.S. unemployment rate dropped to a flat five percent according to the most recent U.S. Bureau of Labor Statistics report. The unemployment rate stands at its lowest mark since April 2008. Economists surveyed by Bloomberg estimated 182,000 new jobs were created, according to their median forecast. Currently, 7.9 million people remain unemployed in the U.S., roughly the same as a month ago.

“The much-bigger-than-expected 271,000 surge in nonfarm payrolls in October confirms that the weakness in August and September was just a temporary blip, and given the circumstances, a December interest rate hike would now appear to be the most likely outcome,” forecasted  Paul Ashworth, chief U.S. economist at Capital Economics.

Employment in professional and business services increased by 78,000 in October, compared with an average gain of 52,000 per month over the prior 12 months. During the month, job gains occurred in administrative and support services (+46,000), computer systems design and related services (+10,000) and architectural and engineering services (+8,000).

Food services and drinking places added 42,000 jobs during the month. Over the year, the industry has added 368,000 jobs. Construction employment also increased by 31,000 in October, following little employment change in recent months. Employment in nonresidential specialty trade contractors rose by 21,000. Over the past 12 months, construction has added 233,000 jobs.

Employment in mining continued to trend down in October (-5,000). The industry has shed 109,000 jobs since reaching a recent employment peak in December 2014. Employment in other major industries, including manufacturing, wholesale trade, transportation and warehousing, information, financial activities, and government, showed little or no change over the month.

“The U.S. economy seems to be heading in the right direction,” said Mark Hamrick, senior economist at Bankrate.com. “But we’ve been stuck in this modest or moderate mode of jobs growth for months. When we were in the final months of 2014 we were seeing a strong surge. We’re not going to see the same thing this year.”

Other employment reports have been sharing the same sentiment. Manpower’s latest ‘Employment Outlook Survey’ reported that U.S. employers are predicting their strongest hiring since 2007. A Bloomberg BNA survey on hiring projections and job security trends found that employment trends are pointing to an expanding workforce.