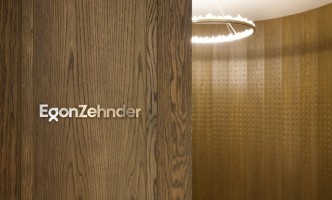 August 13, 2015 – Egon Zehnder has assisted Nordea with its appointment of Casper von Koskull as president and chief executive officer. He will succeed Christian Clausen who has decided to step down after more than eight years as CEO of Nordea. The change will take effect on November 1 and Mr. Clausen will continue in an advisory role until the end of 2016, when he will retire.

Mr. von Koskull joined Nordea in 2010 as head of wholesale banking and member of group executive management. He came to Nordea following a long career in international banking in Frankfurt, New York and London, most recently as managing director and partner at Goldman Sachs.

“With the appointment of Casper von Koskull, Nordea will have the ideal team to lead Nordea successfully going forward, combining world class relationship banking and operational excellence competences,” said Björn Wahlroos, chairman of the board.

Nordea is the largest financial services group in the Nordic and Baltic region, with a leading position within corporate and institutional banking as well as retail banking and private banking.

Egon Zehnder specializes in the recruitment and leadership solutions business with more than 400 consultants operating from 41 countries. The firm’s CEO succession practice includes a team of consultants who bring a unique global best practices rigor to fulfilling top-level chief executive assignments. Egon Zehnder has recently placed David Stevenson as CEO of the Western Bulldogs. The firm is currently leading CEO searches for Adidas, Warren Resources, and Standard Chartered Plc., among others.