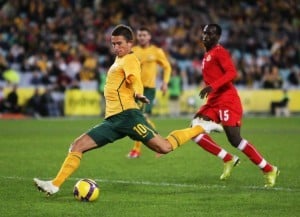 Mr. Lowy Sr. has come under fire in the mainstream media for his apparent mishandling of the search process, which Adelaide United chairman Greg Griffin called “fatally flawed.” The four candidates put up for the position all had previous ties to Mr. Lowy or his business interests, said Mr. Griffin.

“It is very disappointing to not get any seconders when you consider the majority of A-League clubs have seen fit to put forward a candidate,” Mr. Griffin told The Australian. “There is a good reason why the majority of A-League clubs refused to participate in [the Egon Zehnder] process. They select who they want to put forward. Then it goes to the existing board to decide who they want to recommend. Why would anyone put themselves through that process?”

FFA chairman Brian Schwartz said the new board was selected based on the experience and qualifications of each individual. “The committee’s charter was to identify candidates that would result in a board with a blend of corporate experience in strategy, governance, finance, marketing and new technology combined with football experience and international business at the highest levels,” he said.

Search firms have pushed deeply into the sports world for business, with every major multinational executive recruiter offering talent solutions services to sports teams, including those at the professional and collegiate athletic levels. A growing number of recruiting specialist boutiques have also cropped up within the last several years servicing an ever-expanding universe of sports organizations.