Menu
View our Events
Stay Connected:
PepsiCo’s Sergio Ezama will join the streaming company in mid-September. His global perspective will be a critical factor as Netflix continues to build teams around the world and in what looks to be its plans to build an in-house search function. 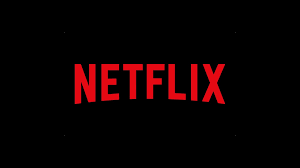 August 24, 2021 – Netflix has named PepsiCo’s Sergio Ezama as its next chief talent officer. Egon Zehnder assisted in the search assignment. Mr. Ezama replaces Jessica Neal, who left the streaming company in April after four years heading human resources. “Sergio has a truly global perspective that will be critical as we continue to build teams around the world, enabling us to better serve the needs of members everywhere,” said Greg Peters, Netflix’s chief operating officer and chief product officer, who oversaw hiring for the position.

Mr. Ezama will leave his post as PepsiCo’s global chief talent officer and chief human resources officer for the food and beverage giant’s global functions and groups to join Netflix in mid-September. During the pandemic, he has championed a permanent flexible-work model at PepsiCo, in which employees decide with their managers how to split their time between the office and remote work. Mr. Ezama held a variety of roles during his 20 years at the company and worked with talent around the world.

According to reports, Mr. Ezama will initially work remotely from New York, but ultimately will operate out of several different offices. The company has locations in Los Gatos, CA; Los Angeles; Amsterdam; Spain; Seoul; Tokyo; and Brazil, among other offices. He will also be responsible for adapting that culture as the company looks to continue to grow globally.

As chief talent officer, Mr. Ezama will be a key steward of Netflix’s unique corporate philosophy, which drew attention when it was established more than a decade ago for its tenets including “freedom and responsibility,” radical transparency, and an unlimited vacation and expense policy.

“It’s a privilege to join Netflix and I am looking forward to building upon its culture of transparency, freedom and excellence so that all employees, whatever their background, can do the best work of their lives,” said Mr. Ezama.

Netflix is one of the world’s leading entertainment services with over 209 million paid memberships in over 190 countries enjoying TV series, documentaries and feature films across a wide variety of genres and languages.

Egon Zehnder retained its status as the No. 3 ranked global search firm according to Hunt Scanlon Media this past spring. Since 1964, the firm has been at the forefront of defining top leadership in the face of changing economic conditions as well as major transitions in the executive search field. “The robust growth posted by our leadership assessment, family business advisory, private equity and board practices last year gave us renewed confidence about the firm’s prospects in 2021 and beyond,” said Edilson Camara, CEO of Egon Zehnder.

Facebook, Apple and Netflix Have a Secret Hiring Weapon

The companies that many of us take for granted and make use of day-to-day are tech giants like Facebook, Apple and Netflix. These businesses have scaled quickly, innovated and beat their competition to become the gold standard for what they do. “This growth and success didn’t happen in a vacuum — it happened because they have a knack for hiring the right people, every time,” says J. Reed Flesher, founder and president of Philadelphia-based Thrive, which develops software for recruiters and talent executives.

With more than 500 consultants in 68 offices and 40 countries around the globe, Egon Zehnder works with public and private corporations, family-owned enterprises and non-profit and government agencies to provide board advisory services, CEO and leadership succession planning, executive search and assessment, and leadership development solutions.