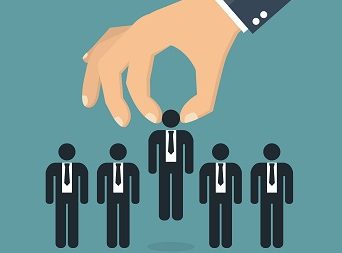 November 3, 2016 – A month after Netflix was lambasted by Fox for ‘illegally’ poaching two executives under contract, the streaming service has struck back, charging ‘unlawful and anti-competitive business practices.’ 21st Century Fox had originally said that Netflix had poached programming executive Tara Flynn and marketing executive Marcos Waltenberg. Fox said that Netflix was fully aware of employment agreements before inducing the executives to breach their contracts.

“Netflix is defiantly flouting the law by soliciting and inducing employees to break their written fixed-term employment agreements,” said a 21st Century Fox and Fox 21 spokesman. “As Netflix expressly acknowledges, California law fully recognizes that fixed-term employment agreements are valid and enforceable. These employment contracts are sought by many employees in the media industry because they guarantee tangible benefits. We look forward to vindicating our rights in Court.”

For its part, Netflix said it intends to defend this lawsuit vigorously. “We do not believe Fox’s use of fixed-term employment contracts in this manner are enforceable. We believe in employee mobility and will fight for the right to hire great colleagues no matter where they work.”

In response, Netflix filed a cross-complaint that expands the scope of the dispute to Fox’s employment force at large, alleging that Fox is bullying employees with “take-it-or-leave-it” deals that amount to “involuntary servitude.” Netflix demands a declaration that Fox’s fixed-term employment agreements are unenforceable and wants Fox enjoined from using such agreements.

“This action concerns Fox’s unlawful and anti-competitive business practices that impair the mobility of its employees and prevent industry competitors like Netflix from competing fairly for skilled employees,” said Netflix in its filing in Los Angeles Superior Court. “Through its widespread use of unlawful restrictive fixed-term employment agreements, Fox is facilitating and enforcing a system that restrains employee mobility, depresses compensation levels, and creates unlawful barriers to entry for Netflix and others competing in the film and television production business.”

With such a highly competitive job market today, talent poaching happens more often than one may think and many companies are not prepared to combat the problem. According to a recent survey of nearly 400 human resource professionals conducted by Marlin Hawk, a global leadership advisory firm focused on next-generation talent, and Greenwich, Conn-based Hunt Scanlon Media, 54 percent of all responding HR experts indicated that their company either has no plan to ward off poachers or, if it does, they’re unaware of it. But of those talent acquisition professionals whose companies had a strategy in place, only 39 percent were satisfied with it.

“What our survey demonstrates is a disconcerting lack of attentiveness on the part of many businesses to what is a growing problem,” said Marlin Hawk chief commercial & innovation officer Mark Oppenheimer. “No organization would let an intruder stroll in uncontested and walk off with its financial assets or intellectual property,” he added. “But when it comes to defending talent, the figurative gates seem to be wide open. It’s a huge mistake that can have an adverse impact on readiness to compete, growth targets, and share price.”

In addition to the Netflix case, recent headlines indicate that companies like Goldman Sachs, Audi, and Tesla all have been victimized by a competitor plucking away some of their most talented leaders. Typically, there’s an initial approach, followed by an enticing offer, and then a crucial executive is whisked away. It happens everywhere, in all manner of businesses.

Who Owns the Effort?

The Marlin Hawk / Hunt Scanlon talent retention survey indicates that just four percent of all respondents believe talents raids have been on the decline during the past two years. Yet, despite this, only 47 percent of those companies whose human resource professionals responded have a definitive plan in place to identify vulnerable talent.

Talent is clearly among the most valuable resources any organization possesses — and when it’s taken away, the loss has serious ramifications. In fact, Mr. Oppenheimer asserts that talent is now the single greatest enabler of business strategy. Yet, when it comes to keeping track of employees’ comings and goings, just 38 percent of the talent survey respondents indicated they were satisfied with the quality of their company’s data on attrition rates.

Although companies share concern about the present situation, there is little consensus on a path forward when it comes to retaining top talent.

More than three quarters of HR executives consider strategic workforce planning the greatest strategic challenge for their company, but there is a nearly even split as to what this term actually means, according to a report by the ADP Research Institute and The Economist Intelligence Unit (EIU).

Thirty six percent reported that strategic workforce planning is about retaining key people to avoid skills gaps, 33 percent said it is understanding what talent will be required in the future and how to find it, and another 33 percent believed it is recruiting new qualified people to plug existing skills gaps.

Not only is there little consensus over what strategic workforce planning means, there is disagreement over who actually owns this effort — with 42 percent saying it lies with the CEO and board of directors, while 28 percent believe it is the responsibility of HR and 16 percent said it should rest on the shoulders of C-level committee.

One Marlin Hawk / Hunt Scanlon survey participant, Vineet Gambhir, vice president of human resources for Yahoo, said the issue with retention is that “it is reactive by nature at many companies” and often gets triggered after an employee has resigned – “at that point, it is too late and a vast majority of counter offer employees end up leaving within 12 months or as soon as the retention bonus runs out.”

For retention to work, he added, “the best anti-poaching potion is to be proactive.” If someone is a top performer with no increase in salary, say over three years, or no promotion over a number of years, “it is most effective to be proactive in retaining such talent even if they seem ‘happy.'” The second issue, he said, is that “sometimes the squeaky wheel gets the grease – companies should not just retain those who hint at resigning – but rather those who have demonstrated good attitude and engagement.

Joanne Rencher, chief people officer at Girl Scouts of the USA, said that the stability of any business depends on keeping “an eagle’s eye” on a host of areas in order to avoid or mitigate negative turns. These vulnerabilities for businesses, she said, can include things like capital loss, weak cash positions, loss of key customers and/or a significant decrease in sales. “But the loss of key executives to poaching should top this list of vulnerabilities,” she concluded. Retention strategies, she said, “must be critical components and be strategic as well as customized to protect these vital human assets. Otherwise, business instability is virtually guaranteed.”

Pedro Ramos, who completed his talent survey questionnaire in Portugal, where he serves as CHRO for Groundforce, a Portuguese-leading ground handling services provider, said that leadership advisory firms specializing in executive search can actually wear a new hat and help in the construction and design of specific strategies for client companies on retaining critical knowledge and people. “These providers, I do believe, can help achieve the match between culture and organizational dynamics – and they can also appropriate models of talent attraction and retention in each reality and organizational context.”

To connect with me directly, please email: scott@huntscanlon.com