Menu
View our Events
Stay Connected:
Winning over top talent used to be easy pickings. Now, a ruling handed down yesterday afternoon could suppress competition, restrict employee mobility, and reduce salary levels across the entertainment sector. What does it all mean and . . .  more to the point . . . are other industries now in the crosshairs? Let’s go inside the Los Angeles courtroom. 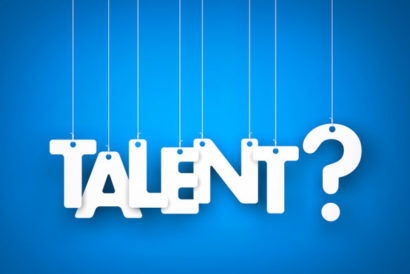 December 12, 2019 – A judge in California has just issued an injunction against streaming powerhouse Netflix, prohibiting it from attempting to hire Fox TV and film executives who are under contract. The ruling yesterday afternoon in LA Superior Court hands a win to Twentieth Century Fox Film Corp and Fox 21, the studios that sued Netflix three years ago for allegedly poaching their senior brass (see insert below).

Walt Disney Company earlier this year acquired the Fox units as part of its $71 million-plus acquisition of 21st Century Fox Entertainment. Walt Disney has subsequently rolled out a rival streaming service, Disney+, which signed up 10 million subscribers on its first day.

The platform is expected to be a major contender to Netflix for viewers, who continue to cut their ties to cable services around the globe.

Netflix Talent Poaching Turns Into Employee Mobility Referendum
A month after Netflix was lambasted by Fox for ‘illegally’ poaching two executives under contract, the streaming service has struck back, charging ‘unlawful and anti-competitive business practices.’ 21st Century Fox had originally said that Netflix had poached programming executive Tara Flynn and marketing executive Marcos Waltenberg. Fox said that Netflix was fully aware of employment agreements before inducing the executives to breach their contracts.

According to the Wall Street Journal and other news sources, big players in Hollywood are battling to sign up top talent – from executives to film creators – as competition over streaming intensifies. Netflix, according to recruiters who recruit for the company as well as those who steal talent from it, has aggressively gone after top executives with crucial and much needed Hollywood experience.

Its tool of choice to lure that talent: massive pay packages that include company stock, which has allowed the company to undertake an aggressive hiring and spending spree that has helped turn Netflix into the dominant global streaming provider and Wall Street investment darling. That all may be coming to an end, according to the West Coast ruling.

In its 2016 complaint, Fox said Netflix had orchestrated a “brazen campaign to unlawfully target, recruit and poach valuable Fox executives by illegally inducing them to break their employment contracts with Fox to work at Netflix.” Netflix said that Fox’s contracts were the ones that were “unlawful and unenforceable” because they “unreasonably restrict employee mobility, stifle competition and artificially suppress salary levels.”

Talent Poaching Rampant, Yet Often Uncontested at American Companies
A full quarter of U.S. businesses are experiencing a marked increase in talent raids at the C-suite level. Yet most are woefully unprepared to combat the problem head on. This is among the key findings of a talent retention survey of nearly 400 human resource professionals conducted by Marlin Hawk, a global leadership advisory firm focused on next-generation talent, and Greenwich, Conn-based Hunt Scanlon Media.

In yesterday afternoon’s ruling, Judge Marc D. Gross said the streaming giant doesn’t have the standing to challenge employment agreements at Fox and may not solicit Fox employees who are under fixed term contracts.

Netflix is likely to appeal the ruling.

Related: Diving Into the Deep End of the Talent Pool