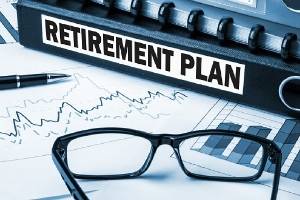 November 22, 2017 – Executive search firm EFL Associates has placed Brian Collins as the seventh executive director of the Illinois Municipal Retirement Fund (IMRF). He succeeds Louis Kosiba who is retiring at the end of the year.

Mr. Collins currently serves as the chief financial officer and director of finance and administration for the city of Memphis. He is responsible for all financial functions of the city. Mr. Collins has deep knowledge of public pensions, having played a key role in the improved financial condition of the city’s pension plan in recent years. Before joining the city in 2012, Mr. Collins spent more than 20 years in banking at First Horizon National Corp., Citigroup and J.P. Morgan, and a decade working in commercial litigation in Chicago.

IMRF board of trustees president Sue Stanish said that the board was attracted to the depth and diversity of Mr. Collins’ professional experience. “He has worked at the highest levels of both municipal government and the private sector,” she said. “He has a background in both finance and the law and has experience successfully partnering with external stakeholders, including politicians and the media. Brian is ready to lead this organization to even higher levels of achievement.”

Mr. Collins said he has high expectations for working in his new role. “I’m excited to partner with the board and staff to continue to achieve our vision of providing the highest quality retirement services to our members, their beneficiaries, and employers,” he said.

Headquartered in Oak Brook, IL, the Illinois Municipal Retirement Fund is a statewide public pension plan. For 76 years, IMRF has partnered with local units of government to provide retirement, disability, and death/survivor payments for public employees. With a funded status of about 95 percent and more than $40 billion in assets, IMRF is financially sound and sustainable.

In the U.S., public sector pensions are offered by federal, state and local levels of government. They are available to most, but not all, public sector employees. The field has been about as robust for executive recruiters as any other related sector within financial services. Here’s some recent search activity covered by Hunt Scanlon Media.