Menu
View our Events
Stay Connected:
It’s a common fallacy that the holidays are a terrible time for C-suite executives to look for a new job. Truth be told, many companies remain busy looking for and talking to talent throughout the holiday season. One recruiter even goes so far to say that for senior-level job-seekers, this might be the most wonderful time of the year. Here’s why . . . 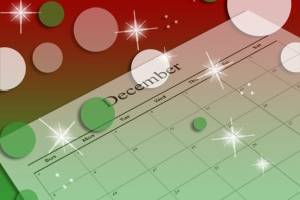 November 22, 2017 – If you are an executive who is looking to land a new senior-level job, you might want to start your search now rather than wait for the New Year festivities to end. That’s the advice of Dean Trimble, CEO and managing director of Jackson Stevens Resumes in St. Paul, who says that the traditional “wisdom” about the holidays being a bad time to look for a job is not that wise after all, at least when it comes to C-suite roles.

Too often, those who are running companies are frustrated with their CEOs or other senior leaders, said Mr. Trimble, but then they come to the last quarter without having found a replacement. It weighs on their mind, and they would be overjoyed to find a solution. But fewer resumes are crossing their desks during the holiday season.

“The job seeker at this level is thinking that the market is not going to be receptive because everybody is on vacation,” said Mr. Trimble. “But if you’re running a business, if you own a business, you’re never on vacation; your mind is always on that business. And if somebody dropped a resume on your desk today that would solve a problem for you, are you going to ignore that resume until January because you’ve got to go to Thanksgiving dinner?”

True Search is a global executive search firm that works with some of the most innovative technology companies and forward-thinking investors in the world. They currently seek an Associate to support partners in leading executive searches. This role is all about market mapping, sourcing, screening and assessing for the best candidates in the universe. Join this iconic recruitment firm today. Apply Now!

Chairmen of the board loathe having such a leadership problem hanging over their heads, said Mr. Trimble. If they run a family business, for example, they might dread the idea of going to Thanksgiving dinner and explaining to their father why they have yet to replace the CEO who is under-performing. “Or they’re thinking, ‘I’ve got a board meeting coming up in January where I’ve got to explain why I’ve hung onto Bob for another year even though he’s not making his numbers,’” said Mr. Trimble. “And then a resume hits his or her desk, one of the very few resumes they have seen in November and December,” and that just might change everything.

Mr. Trimble, whose firm has a database of high-level candidates that it uses to help client search firms find talent, among other services, admits that board members and CEOs have less time during the fourth quarter to interview candidates. Many top leaders do take time off. Plus, many are occupied with planning the upcoming fiscal year. But they are never too busy, said Mr. Trimble, to rescue their company if it’s in trouble.

As Retailers Prepare for Holiday Hires, Pay Growth is on the Rise
According to jobs website Glassdoor, the annual median base pay in the U.S. grew two percent year-over-year last month to $51,556. The pay growth ended a six-month stretch of deceleration.

He compares corporate leaders with a burdensome senior-level talent problem to someone who is changing an automobile tire and has the car fall off its jack and onto him. “Along comes a guy who says he can lift 1,000 pounds,” said Mr. Trimble, the former CEO and chairman of Best Executives, a now defunct Chicago recruitment firm. “Are you worried about what time of year it is? Do you care about anything other than getting that axle off your leg? Now you understand the mentality of a chairman of the board who’s got a CEO that he’s frustrated with. There is no down time for them. They’re constantly thinking about their problem. Now, bear in mind that you’ve got to prove that you can lift that 1,000 pounds.”

A Different Kind of Sale

The essential problem about looking for a job during the holidays, he explained, is that executives often fail to see their job search from the proper perspective. “They’re applying business-to-business principles in a scenario in which it is a consumer-to-business sale,” he said. “A man or a woman looking for a job is consumer to business. It is an individual trying to sell a company on why they should hire them and pay them big bucks. But their whole career is deal making, business to business, what’s your budget, that type of thing. So they’re stuck in that cycle that says that in the fourth quarter you’re not going to get much if you go after new business because everybody’s planning has been done, their vendors have been selected, and we’ll have to get them next year. Well, in consumer to business, there is no cycle.”

Sometimes, the company’s chairman has such a vested interest, as a primary shareholder for example, that one could even describe the interaction as a consumer-to-consumer sale, said Mr. Trimble.

U.S. Employers Expect More Hiring for Remainder of 2017
A record number of hiring managers in the U.S. anticipate bringing aboard more employees in the next six months, according to the semi-annual hiring survey from DHI Group, an online career resource and talent acquisition platform.

Top-level job seekers must realize, Mr. Trimble said, that when people stop looking for a job, they basically drop out of competition for a while. But, if they keep trying, they are more likely to obtain a serious interview than at any other time of the year simply because their would-be competitors are taking a break themselves. Senior-level job competition is 50 to 1 during most of the year, he said. But during the fourth quarter, it is 15 to 1.

What’s more, said Mr. Trimble, if a company’s senior leader is failing, its board will usually start looking for a replacement in the third quarter. It’s around that time that the confidential assignment is passed along to a recruiter, with hopes of having a slate of candidates within a month or so. In other words, plenty of interviews for senior positions are conducted during the fourth quarter.

For job seekers, a certain disappointment may settle in come the end of the year, either because they are unhappy with the progress of their career or because they are unemployed. That’s another reason many folks decide to wait until the new year to commence their search. “When you’re frustrated about something, it can be hard to muster the energy to give it a shot,” said Mr. Trimble. “But if you’re aware of that and you know that it’s human nature and that every other job seeker is feeling the same thing, that’s all the more reason to pull up your bootstraps and go after it.”

The fourth quarter is also a good time, Mr. Trimble added, for executive recruitment firms to further develop relationships with company leaders. They might not land an assignment, but often those leaders have less to do and have more time to take one’s call. “Plus, they’re retrospectively thinking about their business, where it’s going and how it’s doing,” said Mr. Trimble. “CEOs are always nervous in December because they’re thinking, ‘How did I do against my numbers?’ It’s an excellent time for business development.”