Menu
View our Events
Stay Connected:
Anil Gollahalli, former general counsel at the University of Oklahoma, joins the conference’s senior leadership team in a transformational era for collegiate athletics. His strong experience in higher education, strategic approaches, and entrepreneurial spirit proved to be the deciding factor. 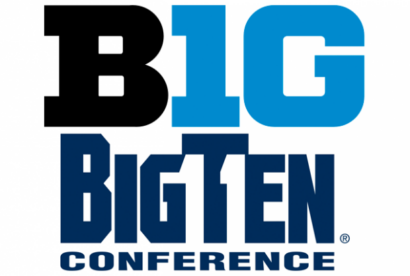 April 4, 2022 – Chicago-based DHR Global has assisted in the recruitment of Anil Gollahalli as chief legal officer and general counsel of the Big Ten Conference. DHR’s managing partner and global sports practice leader Glenn Sugiyama headed the assignment. “When commissioner Kevin Warren first reached out to me to discuss this search and the importance of this placement to the future of the Big Ten, he stressed that he was looking for a rock star general counsel,” said Mr. Sugiyama. “Thanks to the outstanding reputation of the conference and the commissioner, we were able to put together a very strong, highly targeted pool of candidates.”

“As strong as our pool was, Anil was a candidate that stood out for me from day one,” Mr. Sugiyama said. “He is going to be a great member of the executive team and an integral part of the future of the Big Ten. Congratulations to the Big Ten and commissioner Warren on an outstanding hire.”

Mr. Gollahalli joins the conference from the University of Oklahoma, where he served as vice president and general counsel. He was an advisor to president Joseph Harroz Jr. and the Oklahoma board of regents. He also managed all major legal projects, including the privatization of the university’s utilities systems, public private partnerships, consolidation of the university’s health system, and the acquisition and renovation of its campus in Italy. He counseled on all television and media development, intellectual property rights, athletics and university compliance, employment matters, healthcare operations, policy development, collections, and litigation.

Prior to that, Mr. Gollahalli was vice president for technology development at the university. He also practiced law in Dallas, working extensively in the intellectual property fields, and served as law clerk to the United States District Court for the Western District of Oklahoma.

“Glenn Sugiyama and his team at DHR Global are deservedly trusted in the executive recruitment space,” said Mr. Gollahalli. “During the search process, I never doubted that Glenn was committed to finding the right fit — not only for his client but for me as a candidate as well. He was forthright about both the opportunity and my relative strengths and weaknesses. His objectivity and DHR’s flawless handling of logistics freed me from the typical anxieties of a search and allowed me to honestly assess and pursue my personal goals. The DHR experience was unique and its reputation is well deserved.”

“We are in a transformational era of collegiate athletics, and I am honored to join the Big Ten Conference and work with Commissioner Warren,” said Mr. Gollahalli. “The Big Ten offers unparalleled tradition and exciting innovation. I look forward to serving the conference and its member institutions to ensure we stay ahead of the curve and continue to provide premier academic and athletic opportunities across our 14 campuses and surrounding communities.”

Founded in 1895, the Big Ten Conference, is considered the oldest Division I sports conference. Based in Rosemont, IL, the conference actually consists of 14 educational institutions. The broad-based programs of the schools provide over $200 million in direct financial support to more than 9,500 students for more than 11,000 participation opportunities on 350 teams in 42 different sports.

In 2019, the Big Ten Conference used Korn Ferry to help recruit Mr. Warren as its commissioner. The search was led by Jed Hughes, Korn Ferry’s vice chairman and global sports sector leader. Mr. Warren is the first African-American commissioner of a Power 5 conference.

DHR Global has assisted in the recruitment of Kenny Payne as the sixth men’s head basketball coach for the University of Louisville. He replaces Chris Mack, who mutually parted ways with the school in January. DHR’s managing partner and global sports practice leader Glenn Sugiyama headed the assignment. “As I stated when we began this process in early February, the University of Louisville is a destination job and the strength of our candidate pool proved this out,” said interim athletic director Josh Heird. “After a thorough national search during which we sat down with a number of expectational coaches, it was clear that Kenny Payne was what we need. His basketball knowledge, his passion for his student-athletes, his vision for our program and his understanding of what Louisville Basketball means to our city and to our institution, are evident.”

In 2020, the Big Ten Conference had Hanold Associates assist in its recruitment of Omar Brown as chief people and culture officer. Hanold Associates said that this “key leadership role will have a profound impact on the cornerstone goals of the Big Ten: empowering athletes, winning the hearts of fans, creating a stable financial position, and building relationships with Big Ten constituents. “As chief people and culture officer, Omar Brown has the capability to help build that sophistication from an HR perspective, while serving as a trusted talent partner to Kevin,” said Jason Hanold. “He was the first candidate introduced and immediately achieved natural alignment with Kevin and the broader Big Ten leadership team.”