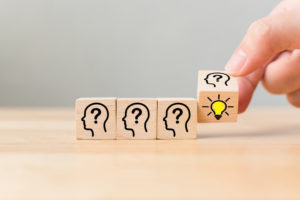 “I’m delighted to share that Victoria Jones is our new president,” said CEO Suzanne Weber. “Victoria’s new role along with the promotion of Deb Brown to COO will drive our continuous evolution as trusted, innovative partners to non-profit leaders.”

Ms. Jones joined Development Guild 20 years ago and has served as the firm’s executive vice president for the past seven years. Her consulting is noted for the transformative campaigns and fundraising programs she designs and the visionary leaders she recruits, said the firm. She will be the second president in the firm’s history, succeeding co-founder William Weber, who’s taking on a new role.

Ms. Brown joined Development Guild 20 years ago and has served as its senior vice president of finance and administration for the past eight years. As the first COO in the firm’s history, she will continue to bring her financial and administrative expertise to bear on the firm’s operational success. Bringing more than 20 years of experience to her role, Ms. Brown directs the firm in its administrative and management functions, including accounting and finance, contracts and proposals, human resources, technology and contracts.

Development Guild DDI, which has offices in New York and Boston, was founded in 1978. The firm helps clients align leadership around a strategic vision with its planning, executive search and fundraising services. The firm works with non-profits nationwide, partnering with leaders in academic medicine, higher education, arts and culture, human services and others.

CyberSN, a boutique search firm serving talent needs in cybersecurity, appointed Mark Aiello as its new president. “Choosing a president for a firm that has a very special family culture which focuses on productivity and love was easy when I met Mark,” said Deidre Diamond, CEO and founder of CyberSN. “Mark shares the same passion that drives us at CyberSN — the care of the cybersecurity community. Care of the community means building technology to speak their language, using technology to make great matches and providing career support along the way,” she said. “We care about the cyber professional and Mark does too.”